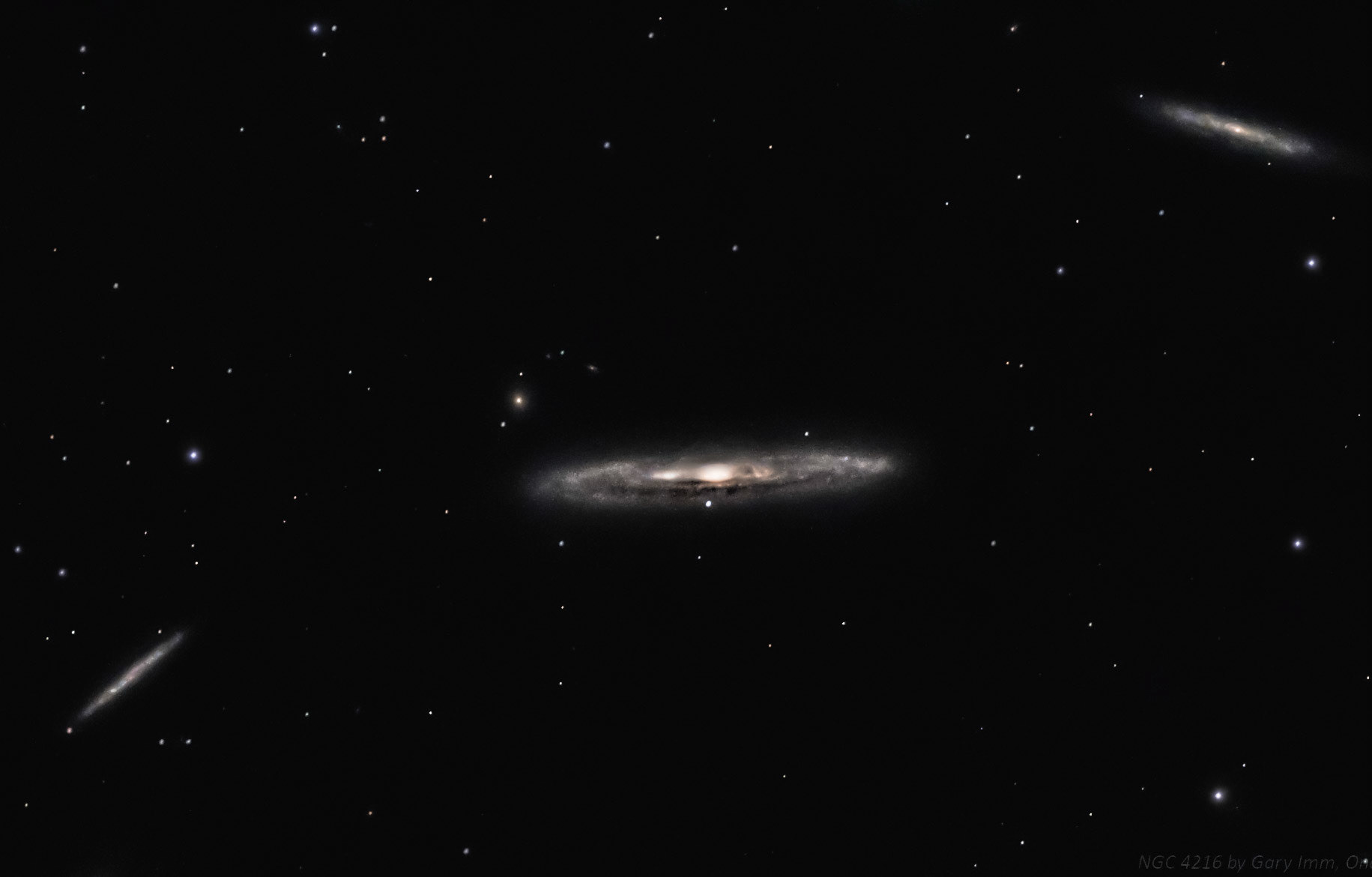 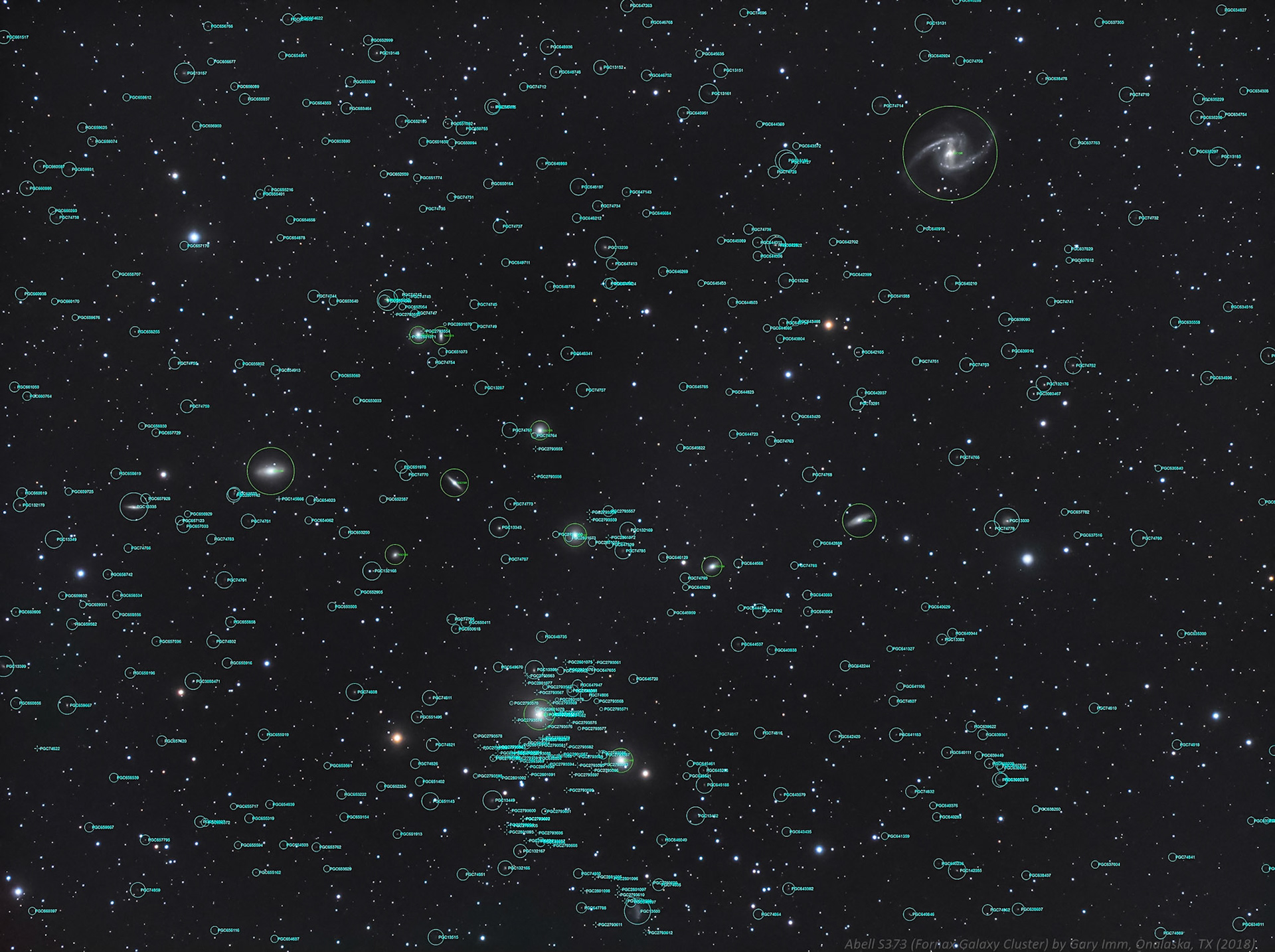 Abell S373 is a cluster of 500 galaxies, many circled here, located 65 million LYs away in Fornax 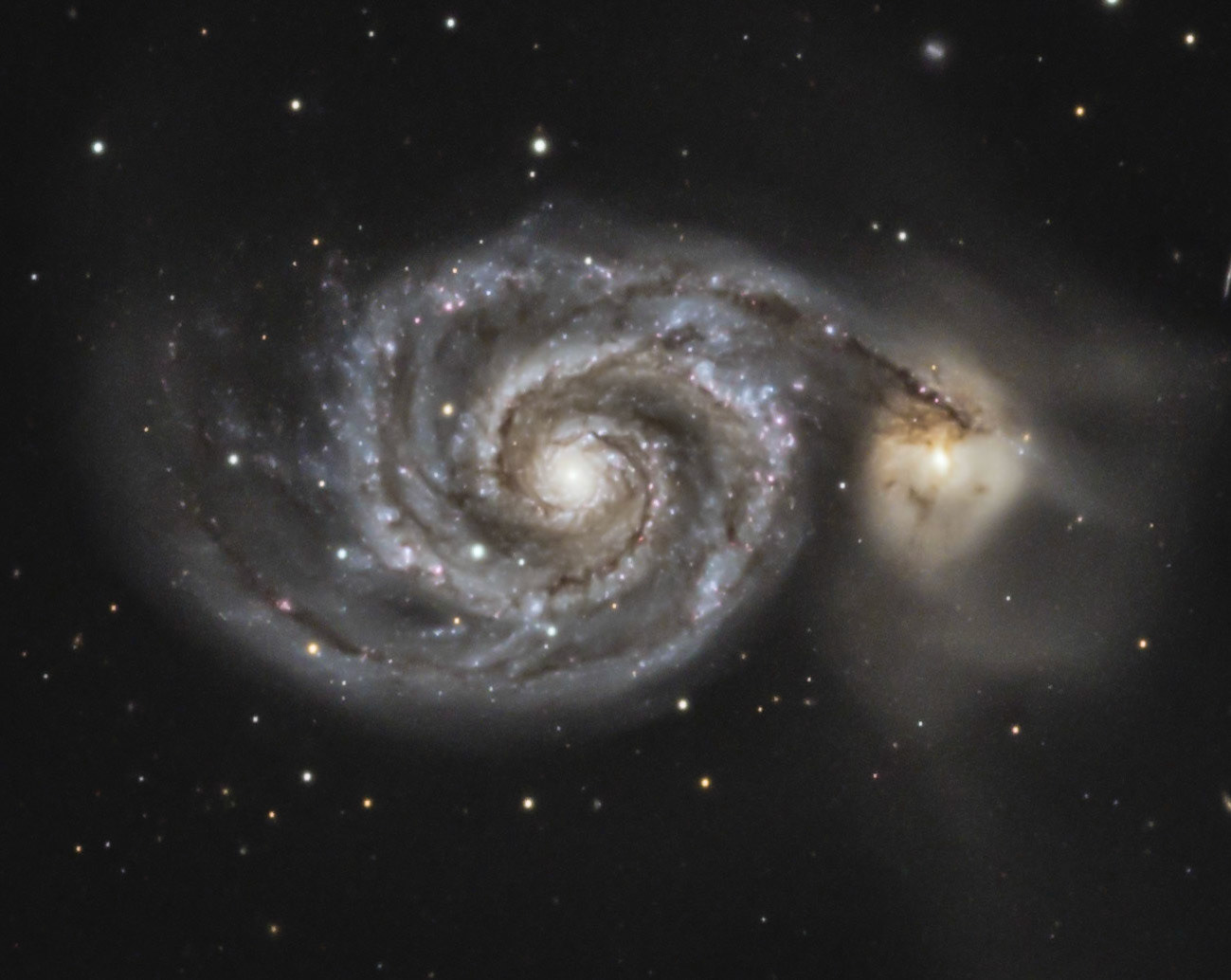 M51, the Whirlpool Galaxy, passing in front of the smaller galaxy NGC 5195 on the right. 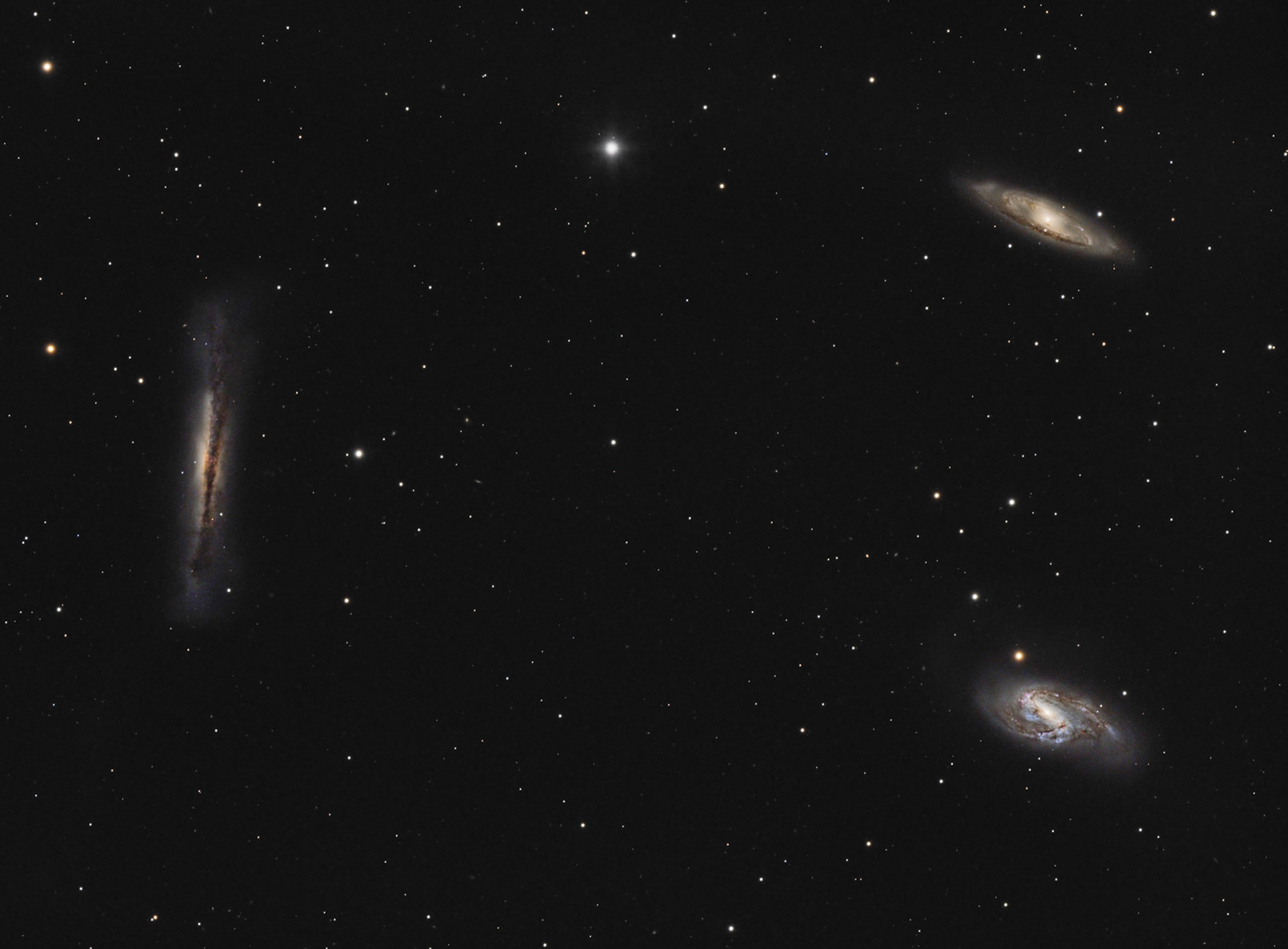 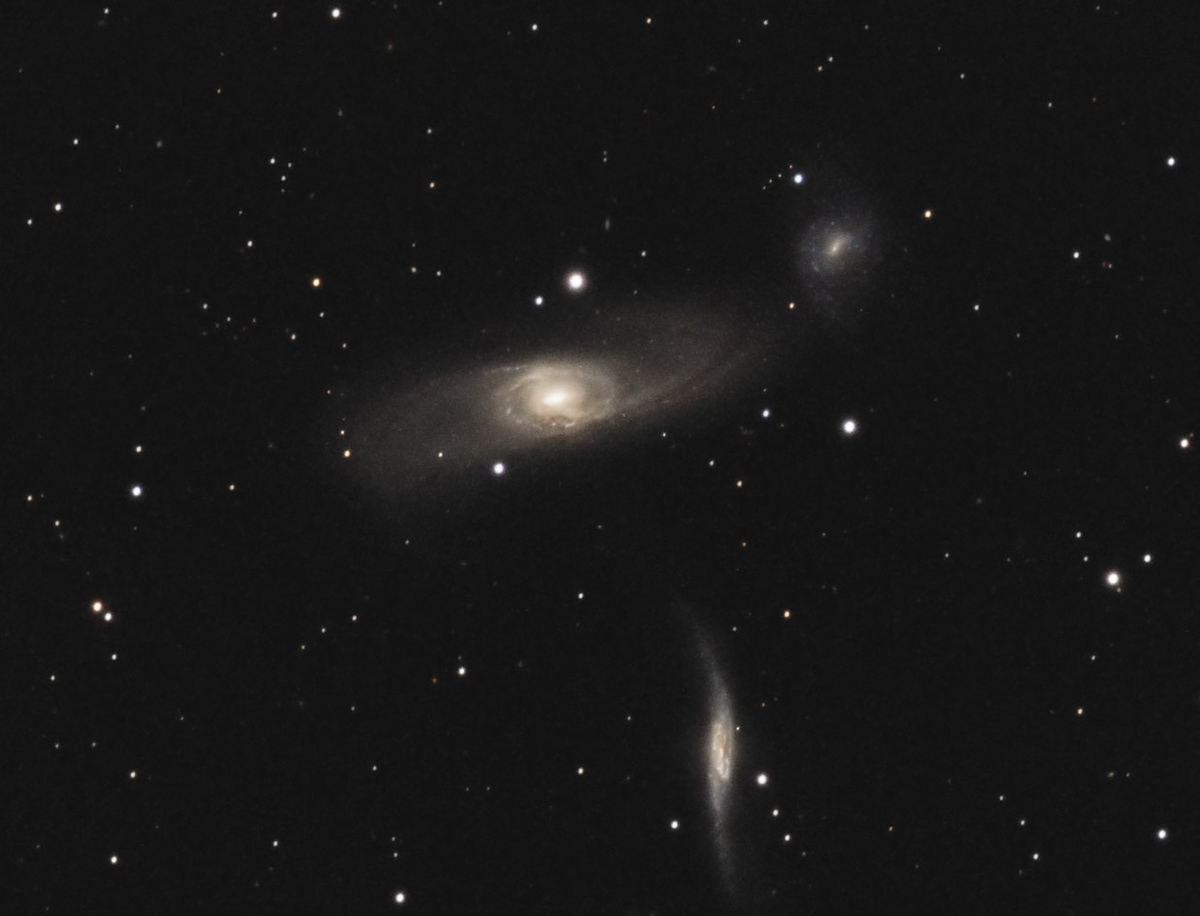 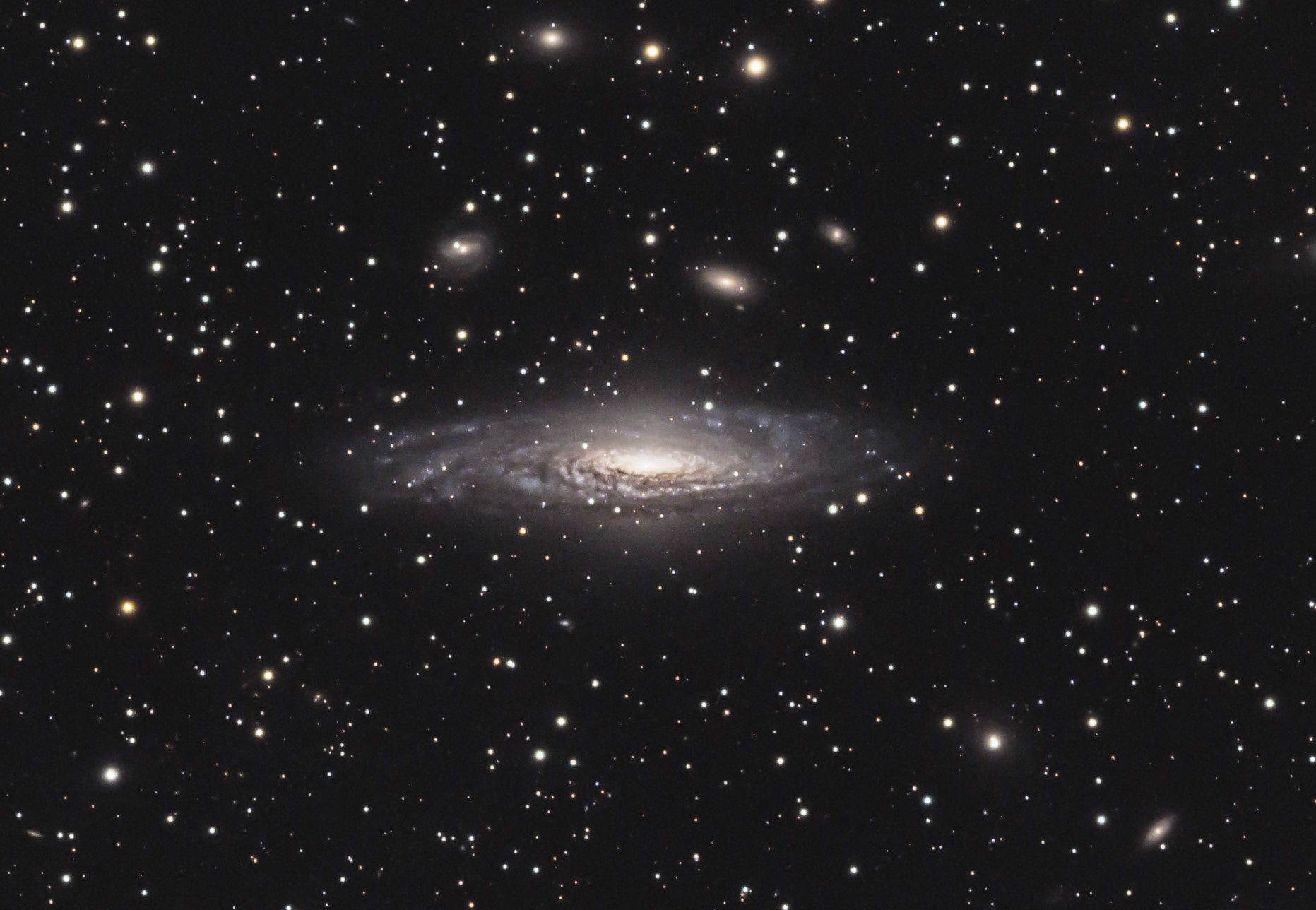 NGC 7331 is the largest galaxy here, with many smaller ones above 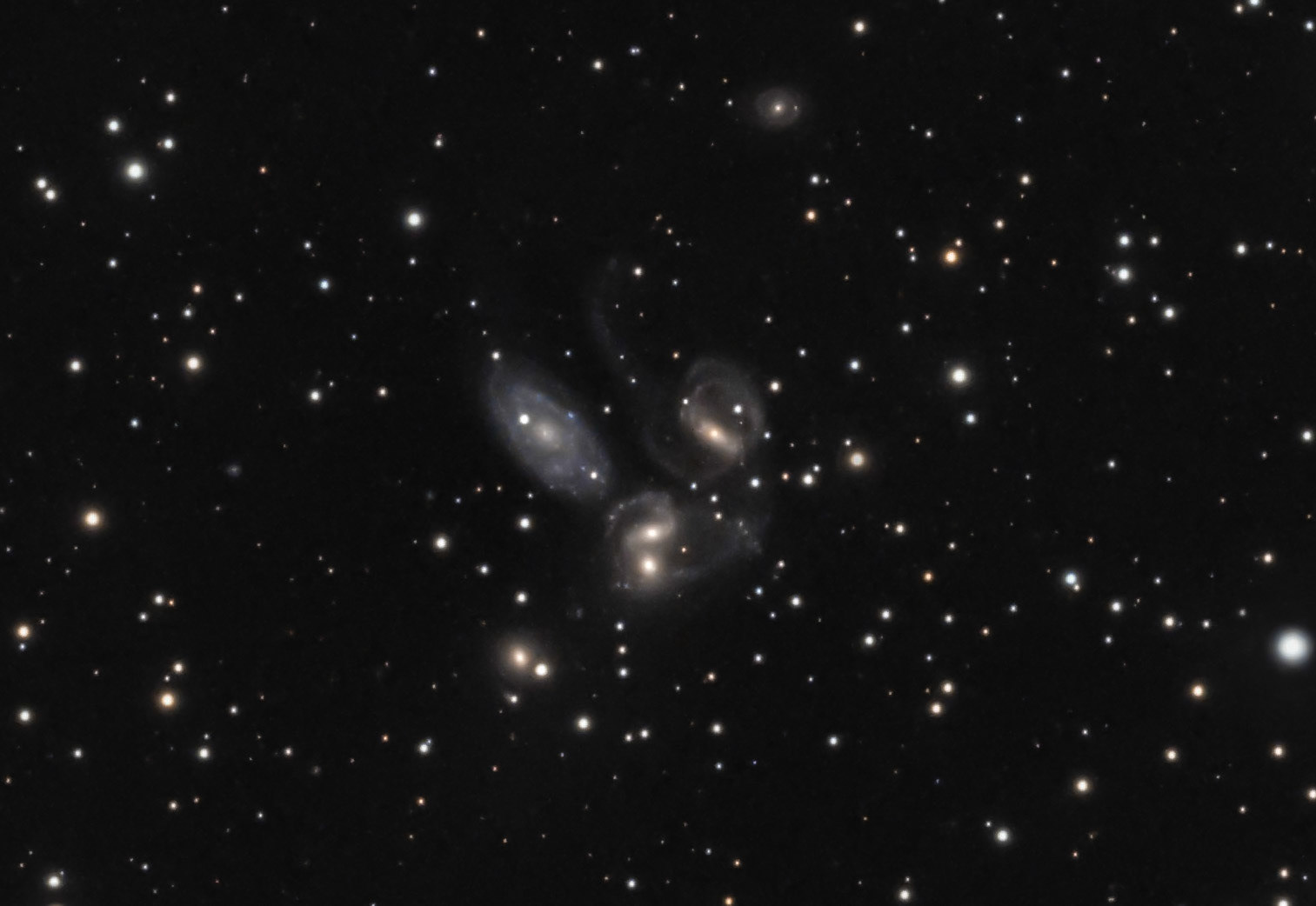 Arp 319, known as Stephan's Quintet for its discoverer of these 4 galaxies, is seen each year as the "talking angels" in the opening sequence of "It's a Wondeful Life" 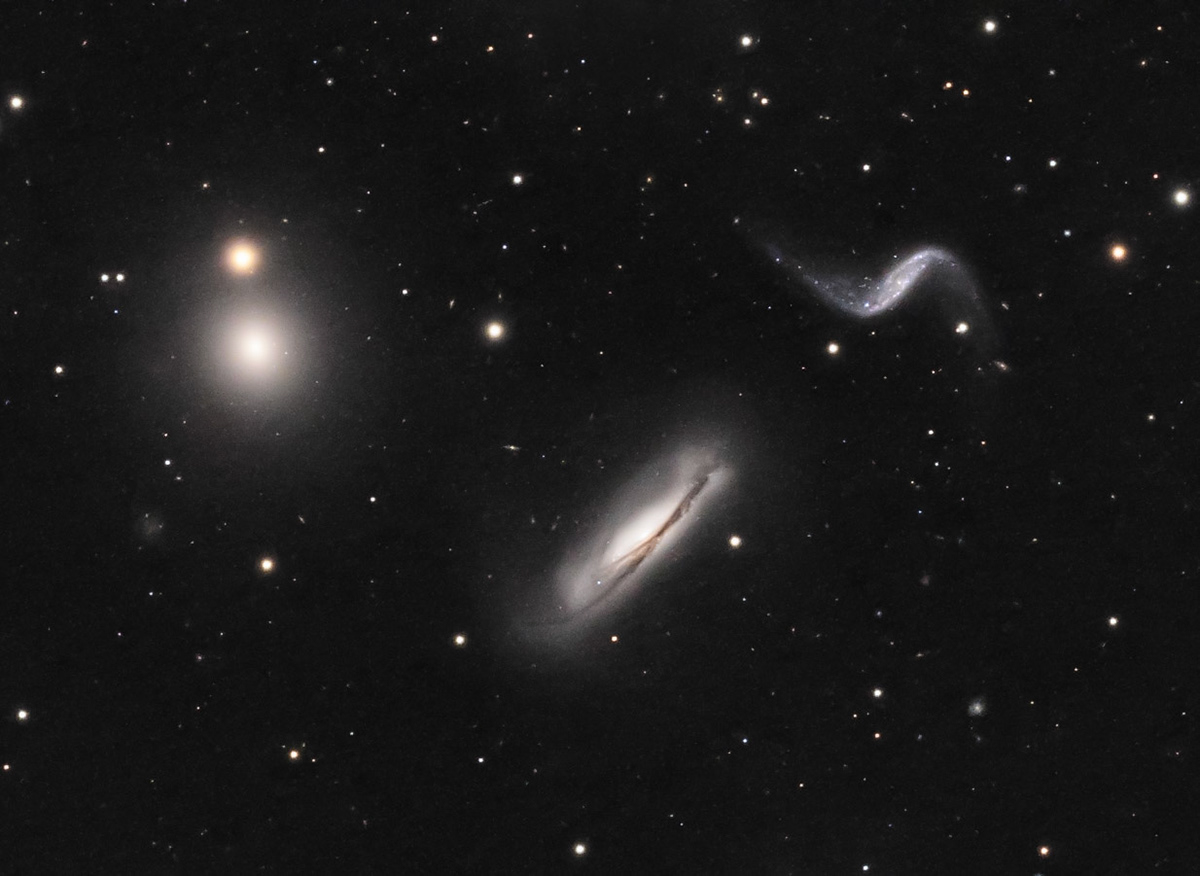 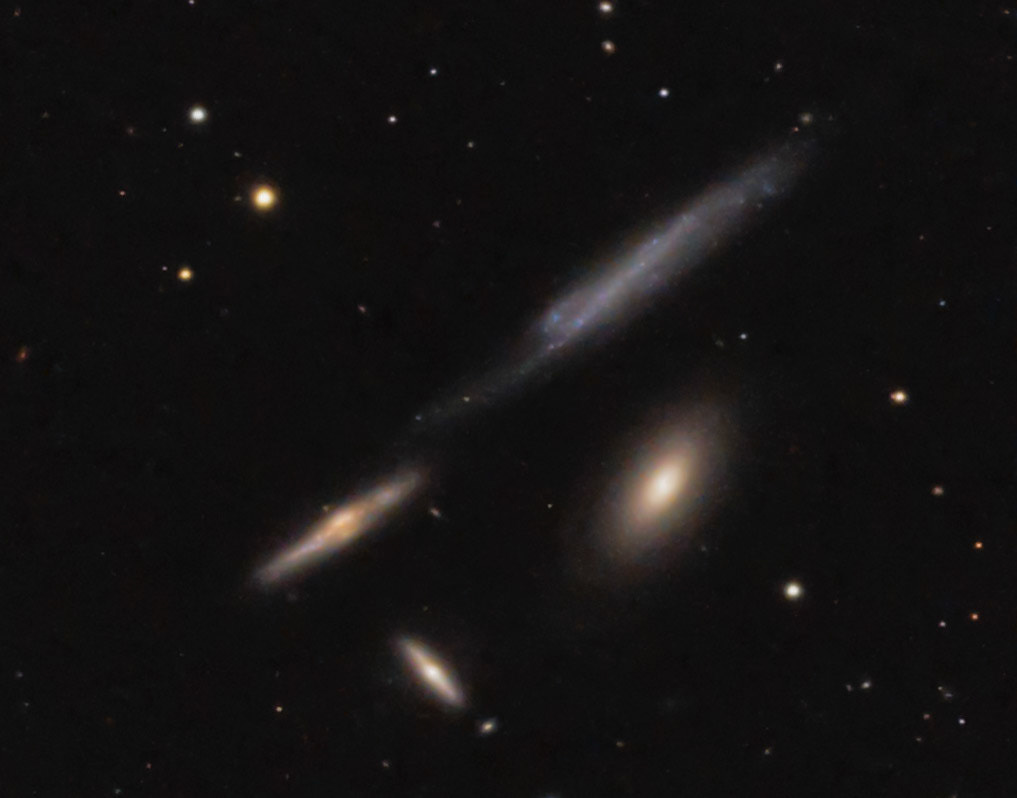 Hickson 61, also known as The Box, is located in Coma Berenices. The 3 smaller yellow galaxies are much further away than the blue one. 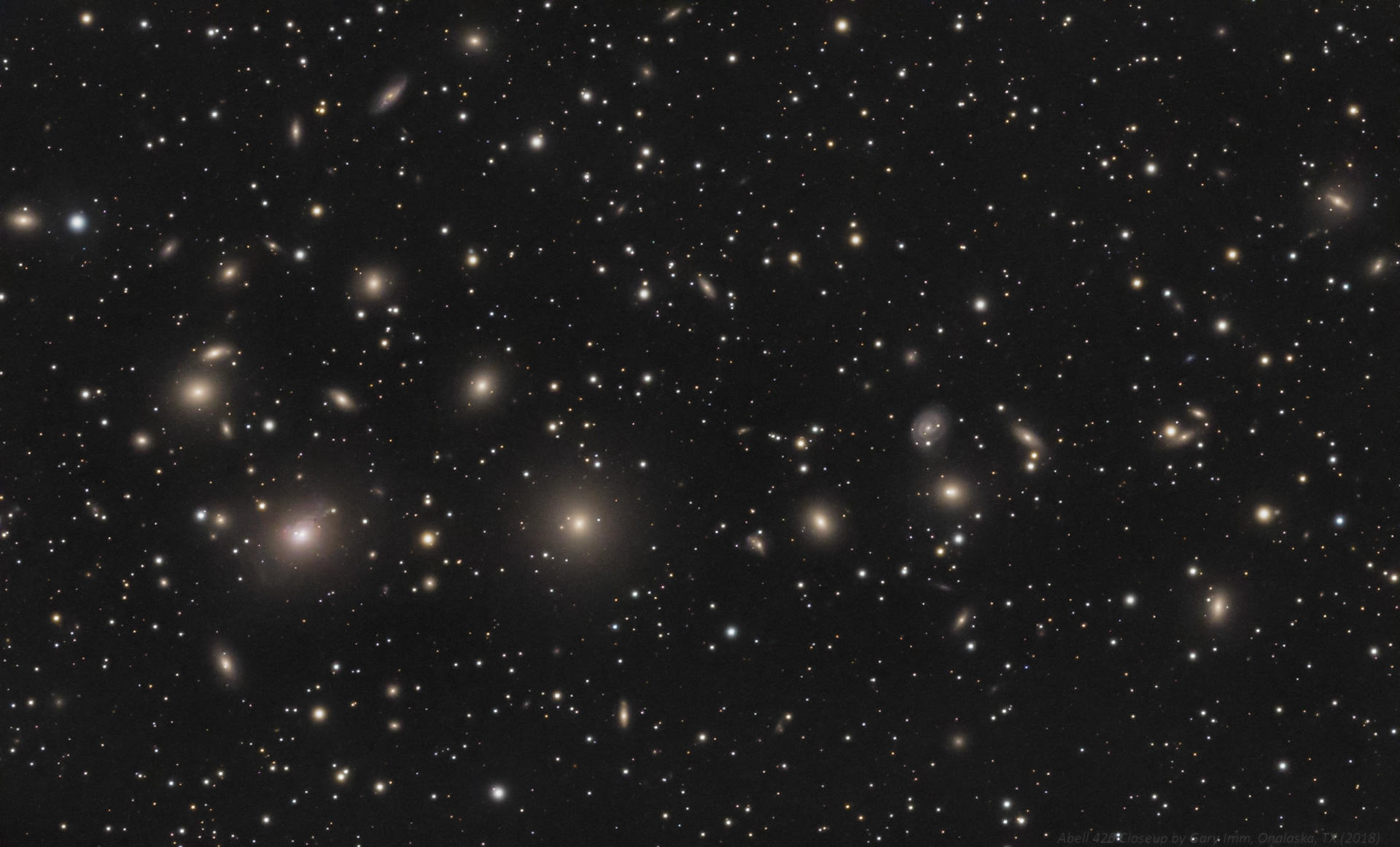 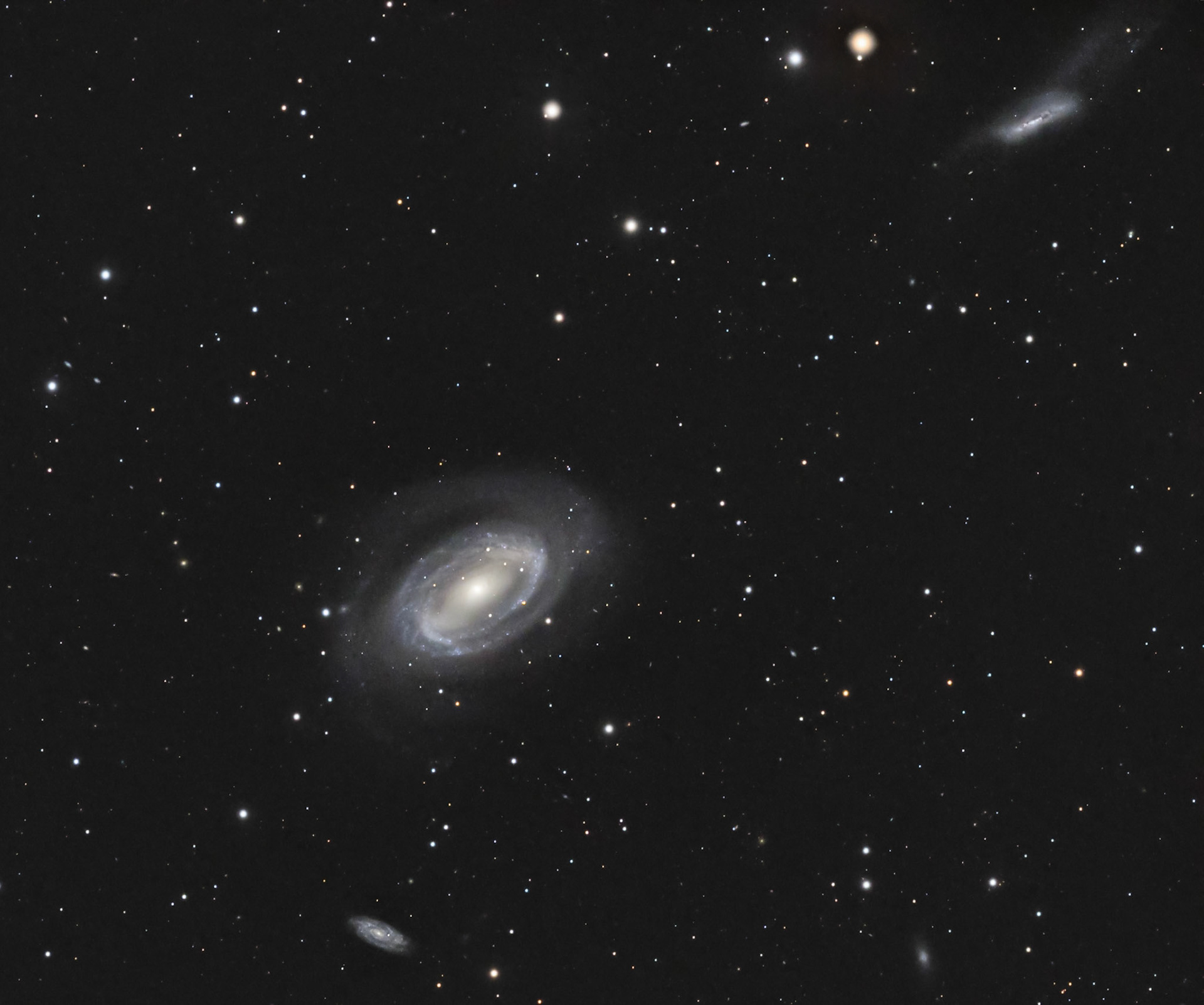 This trio of galaxies in Coma Berenices lies at different distances - the top 2 at 40 million LYs and the bottom one at 200 million LYs. 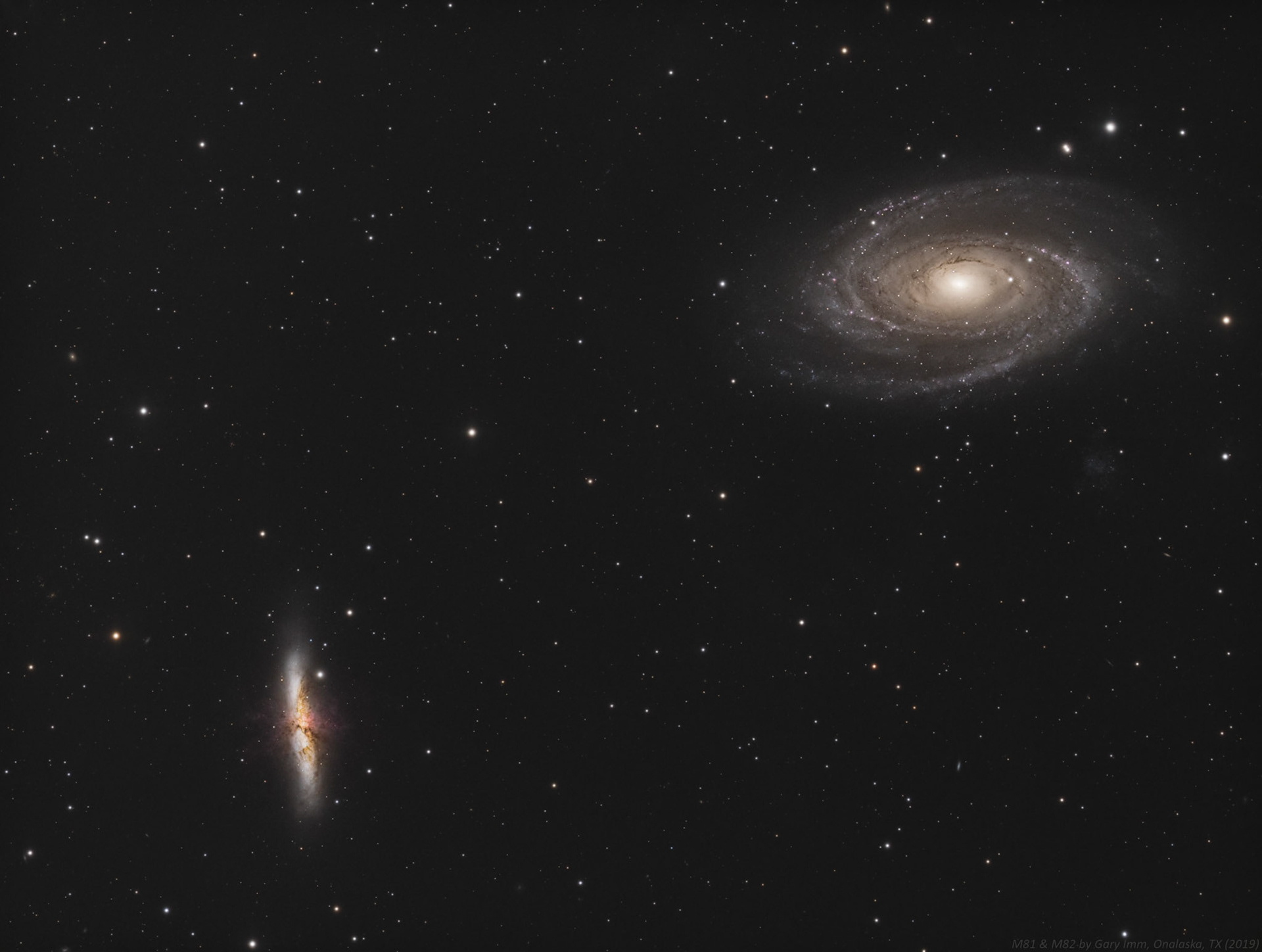 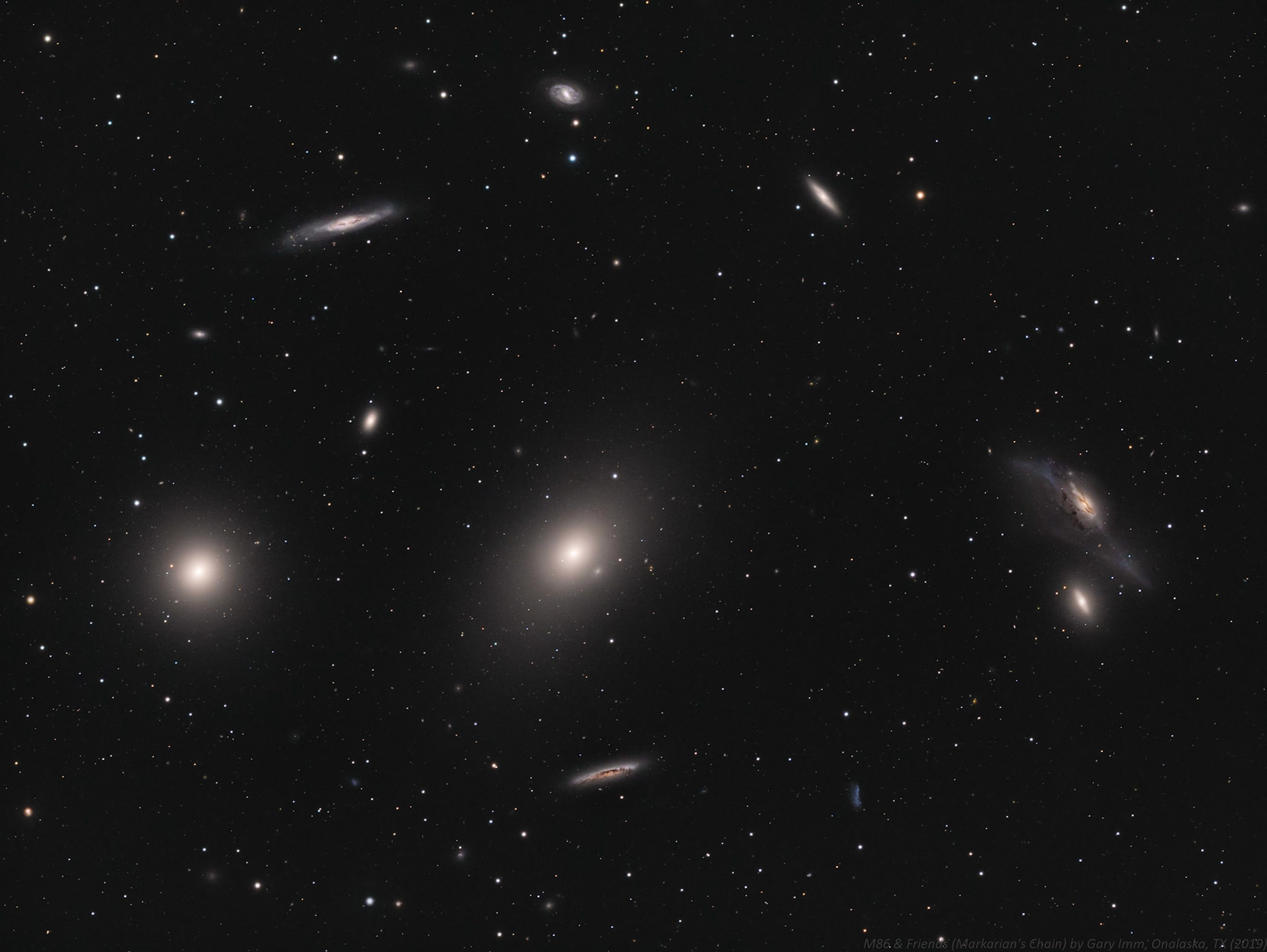 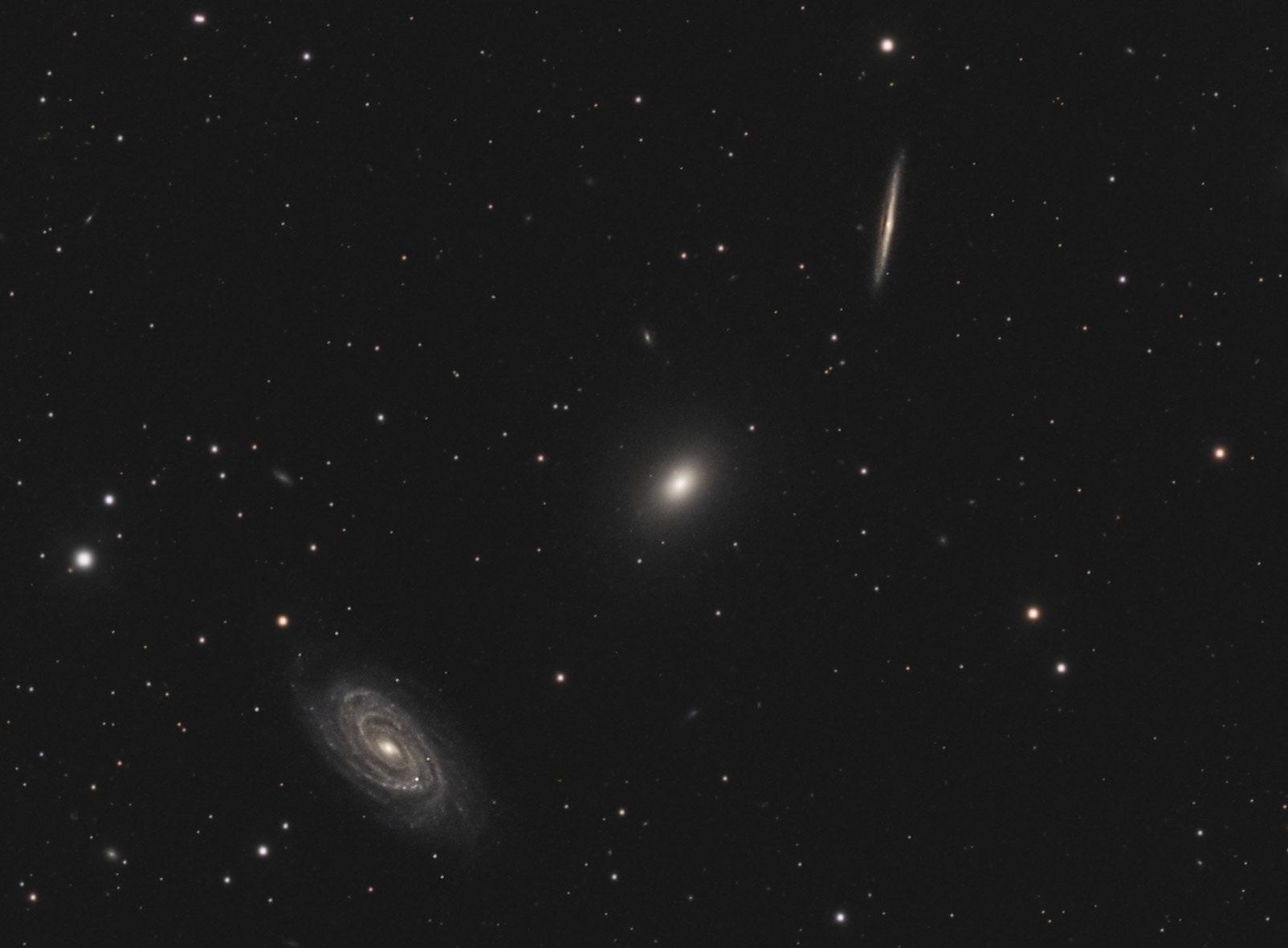 The Draco Galaxy Trio each have different structures. The top right galaxy is much smaller and closer. 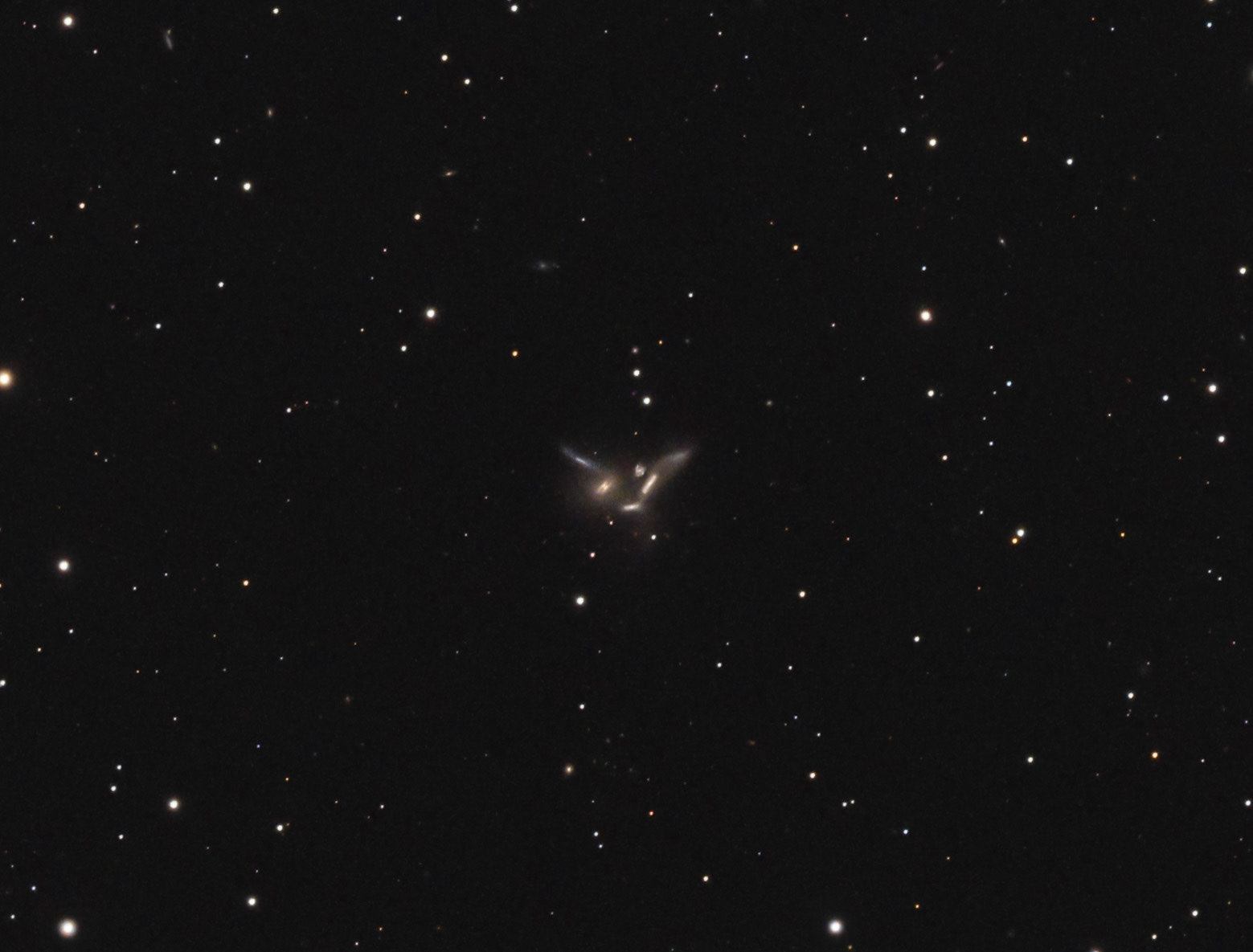 Seyfert's Sextet, named after its discoverer, is one of the densest galaxy clusters known 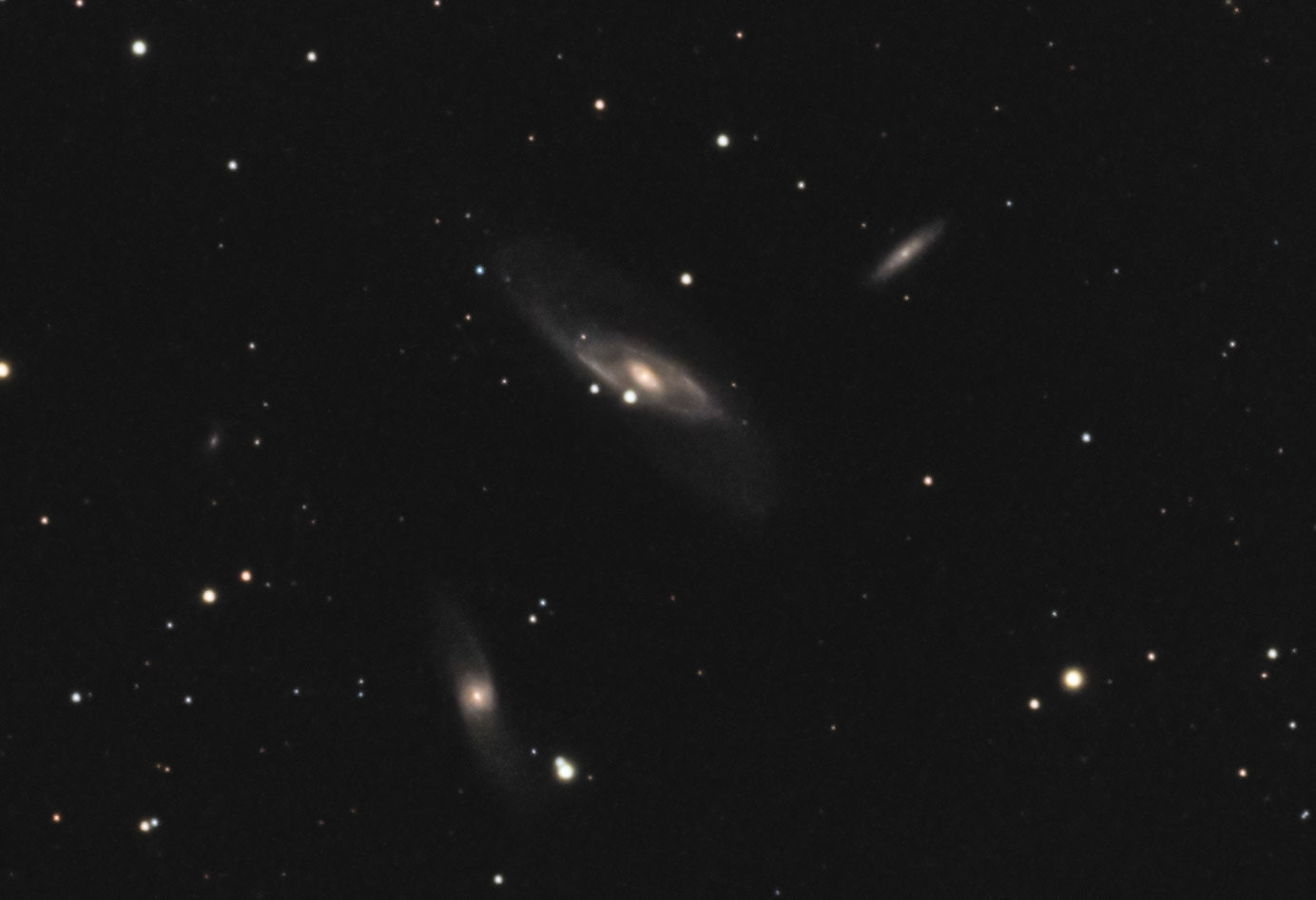