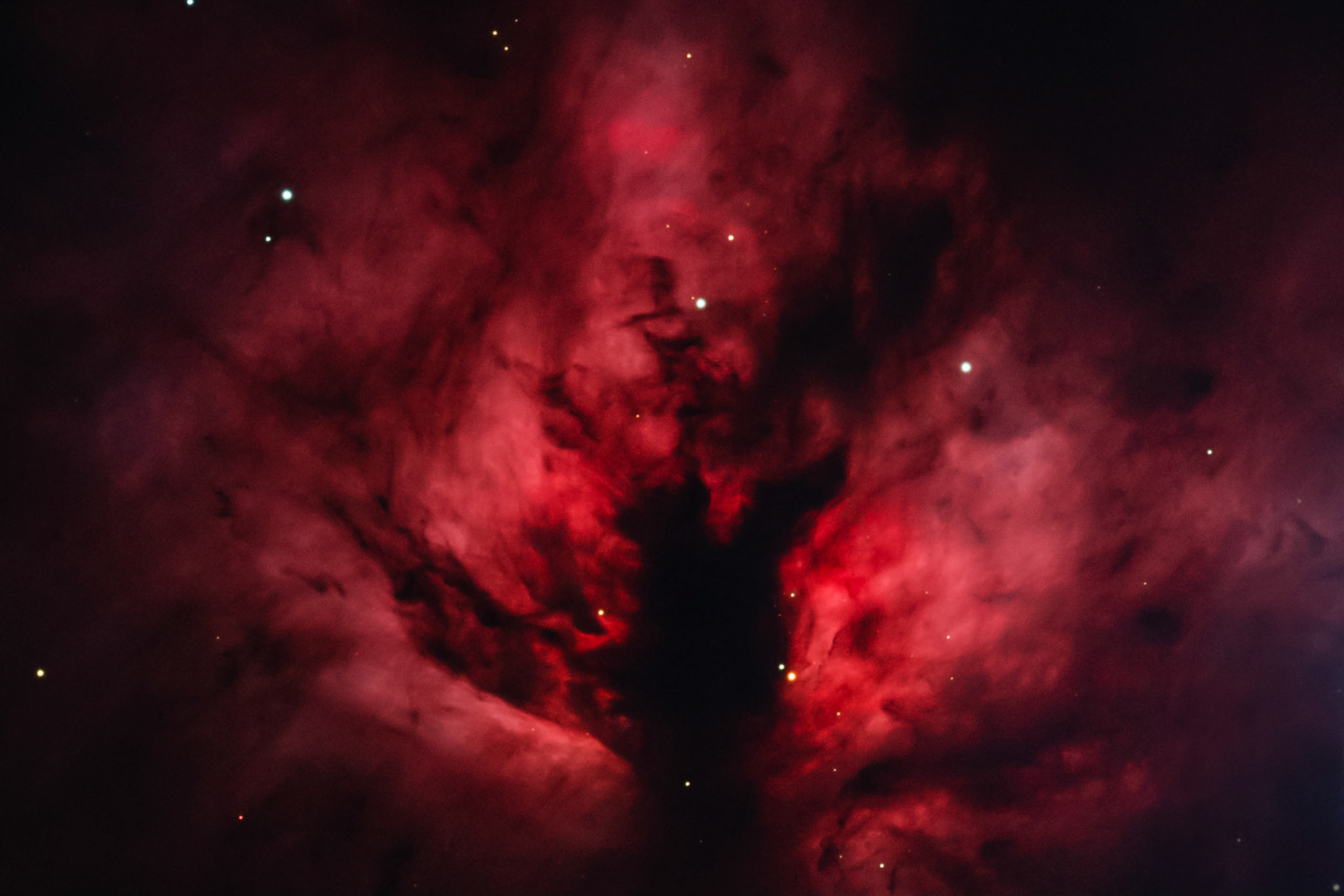 NGC 2024, the Flame Nebula, is beautiful but is usually overshadowed (literally) by the bright star Alnitak just off image to the top. 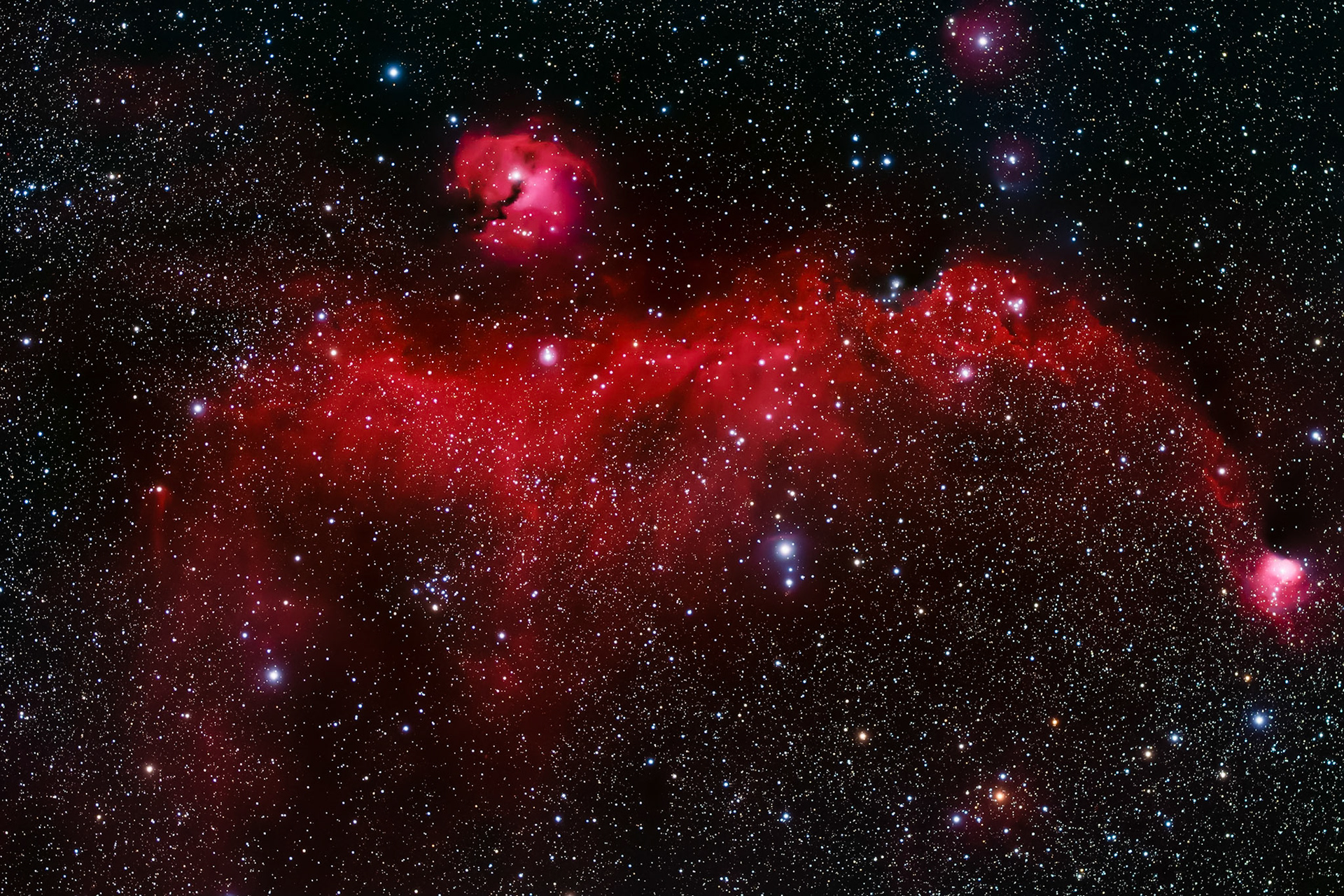 NGC 2327, the Seagull Nebula, contains many star clusters and emission nebulae in its span of 100 LYs. 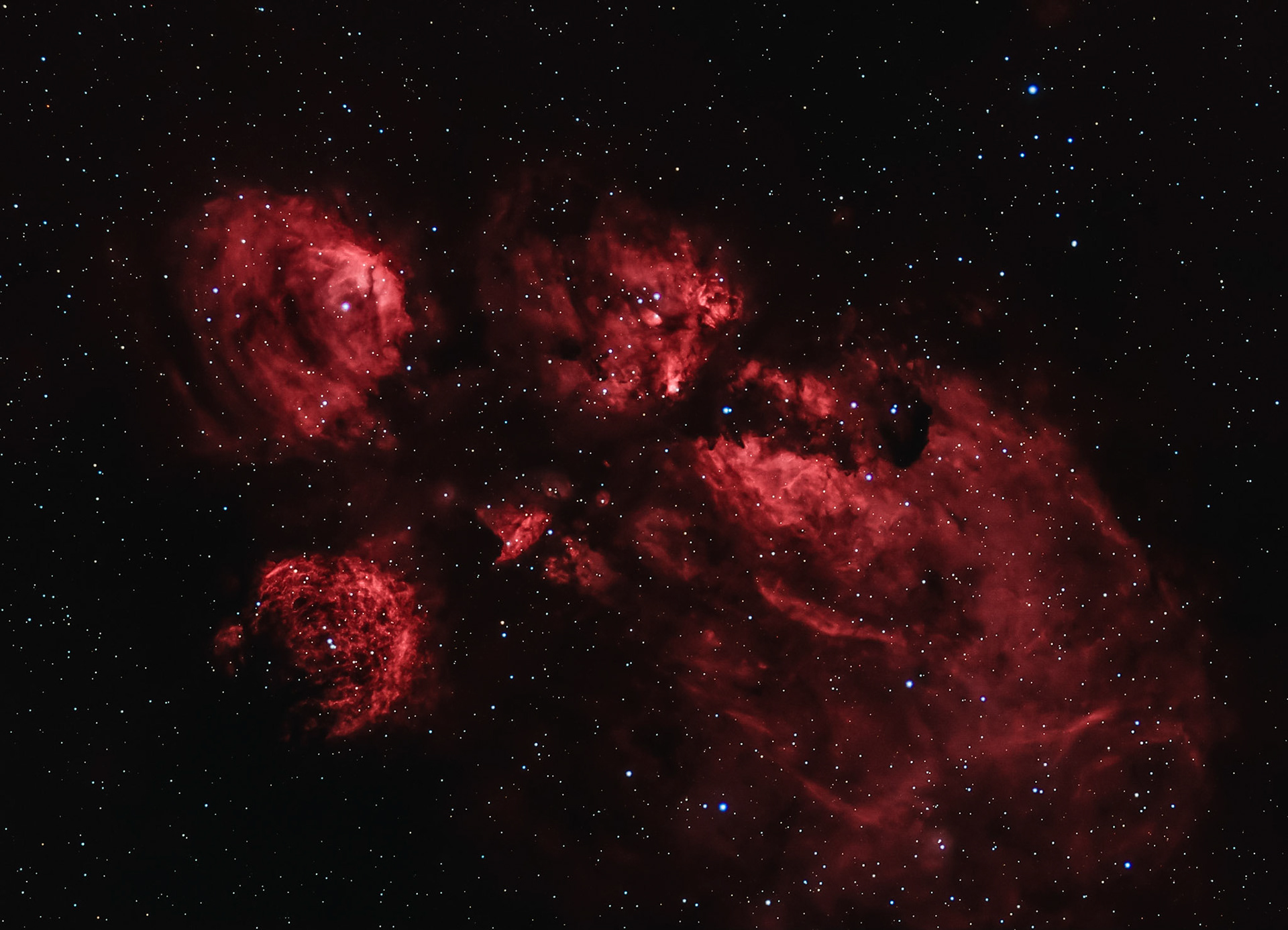 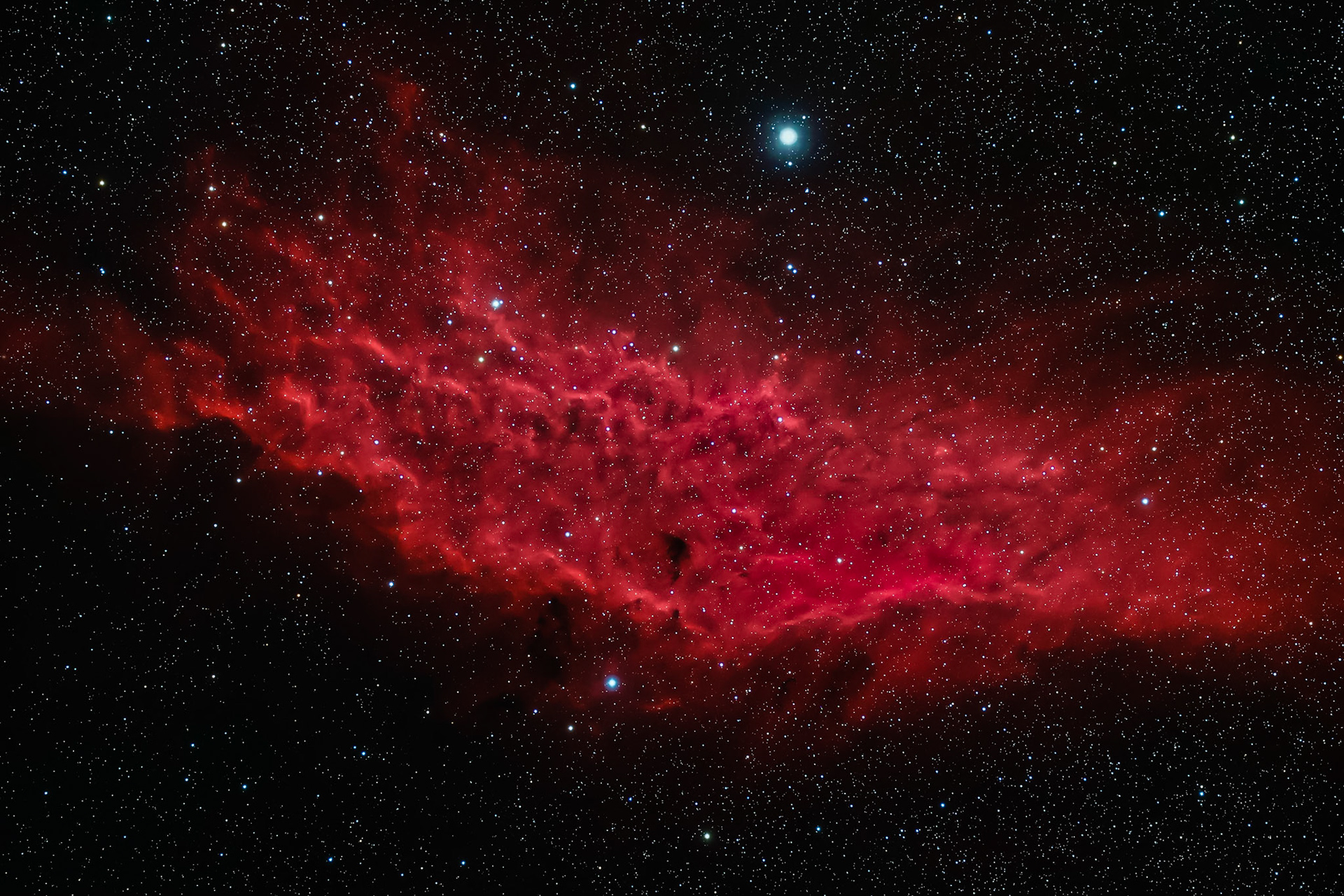 NGC 1499, the California Nebula, is a 100 light year long emission nebula located 1500 LY away in the Perseus 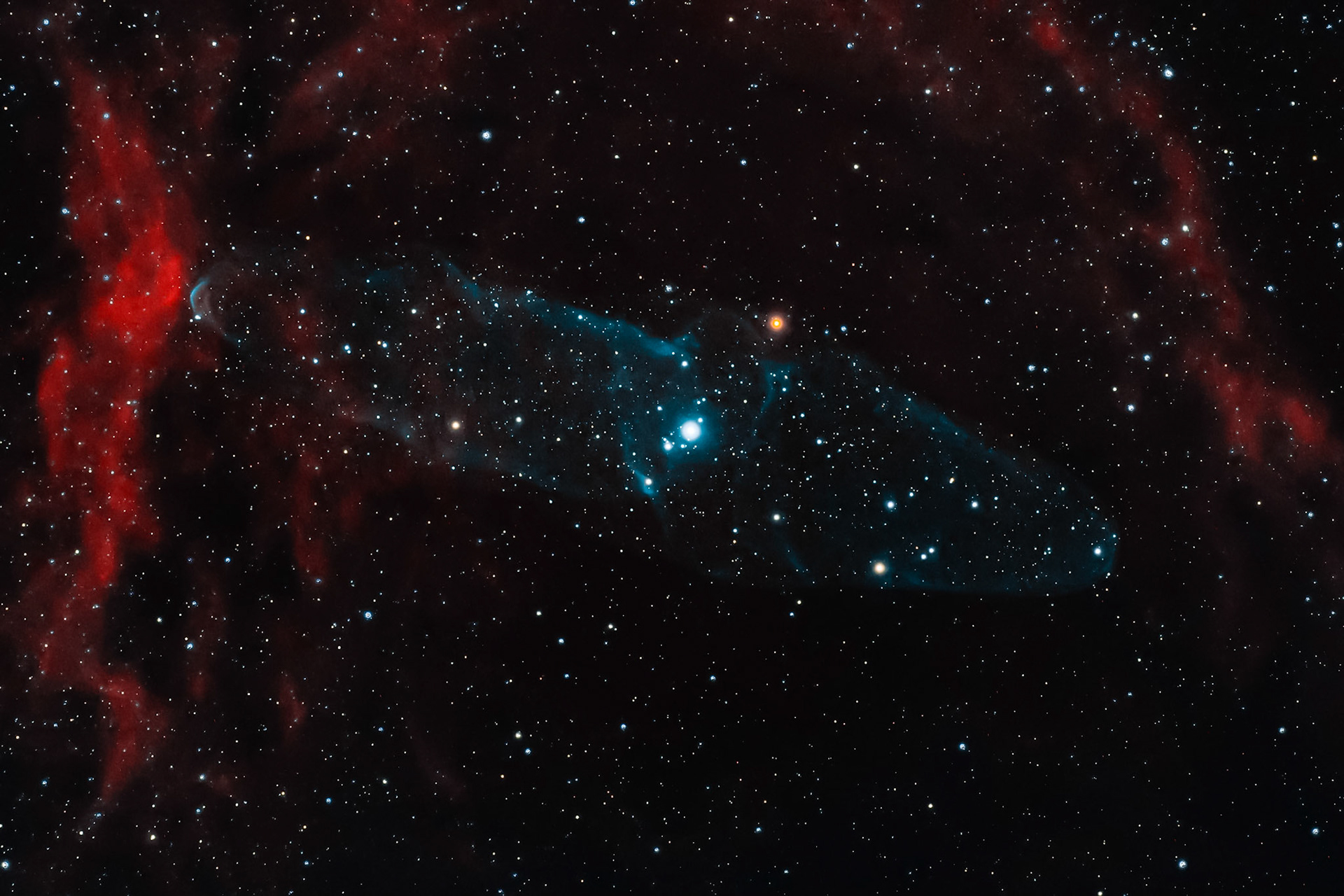 OU4, a recently discovered oxygen nebula with SH2-129 in the backgound 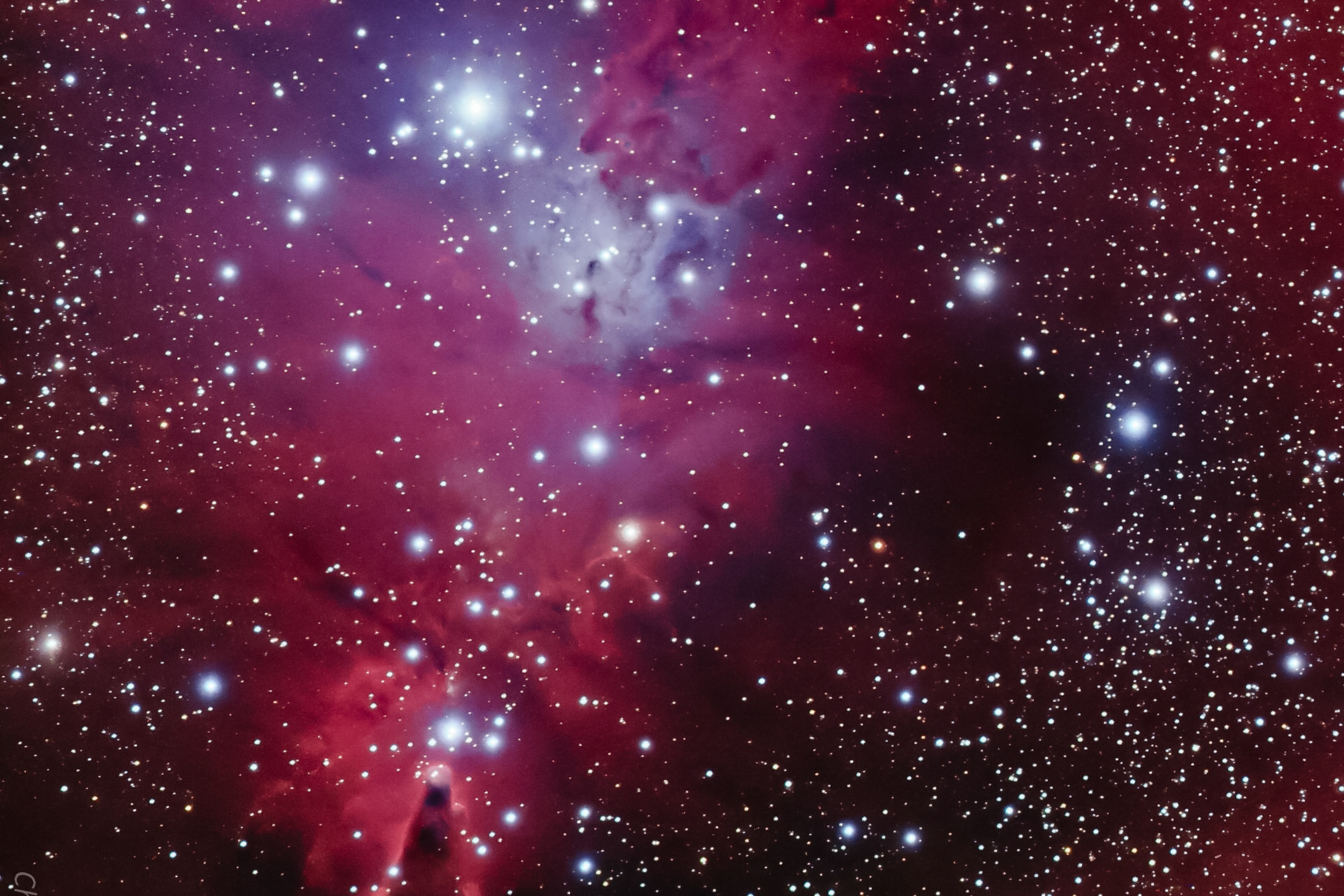 NGC 2264, containing the Christmas Tree cluster and the Cone Nebula both towards the bottom 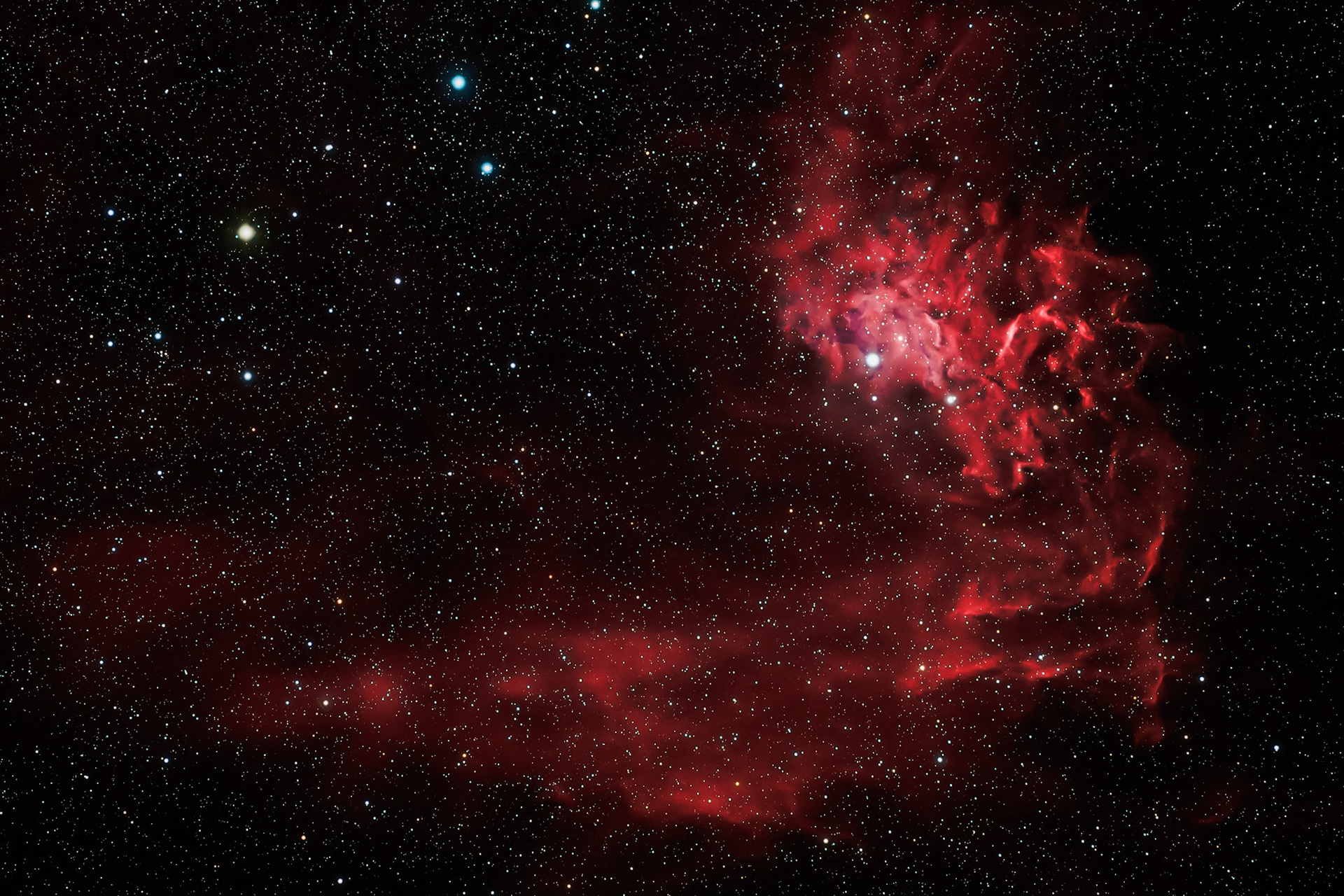 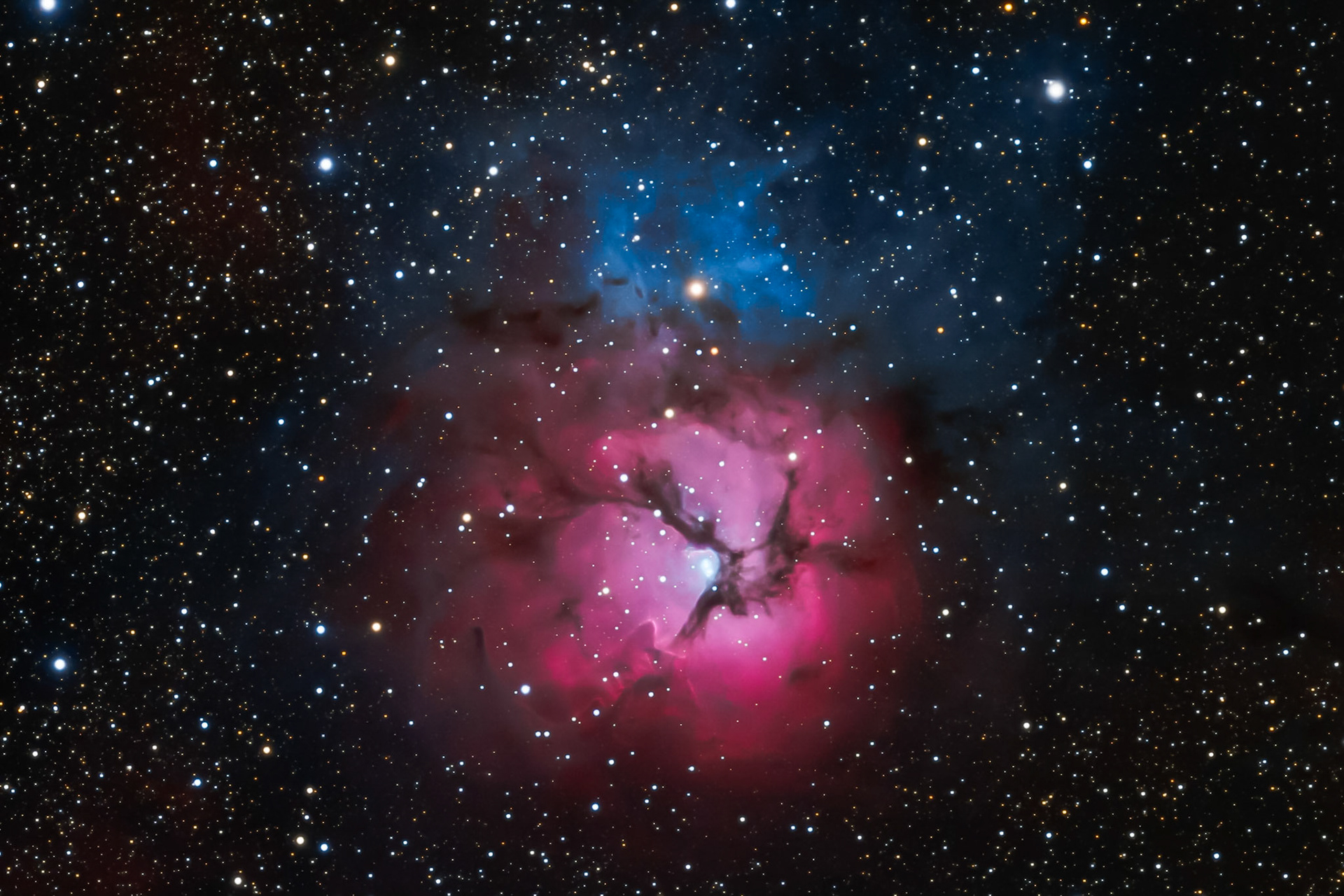 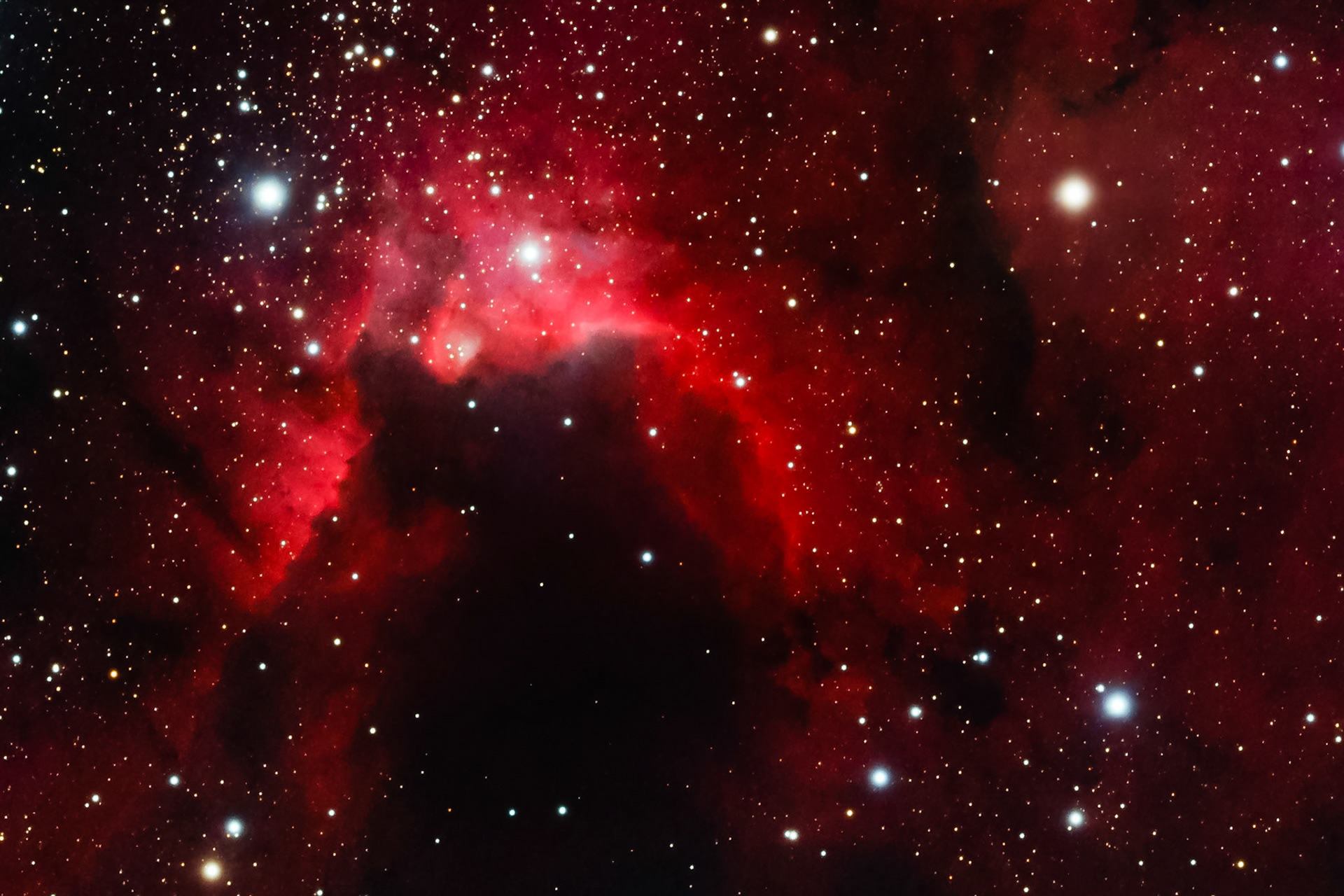 Sh2-155 is named the Cave Nebula for the bright feature in the lower left corner. 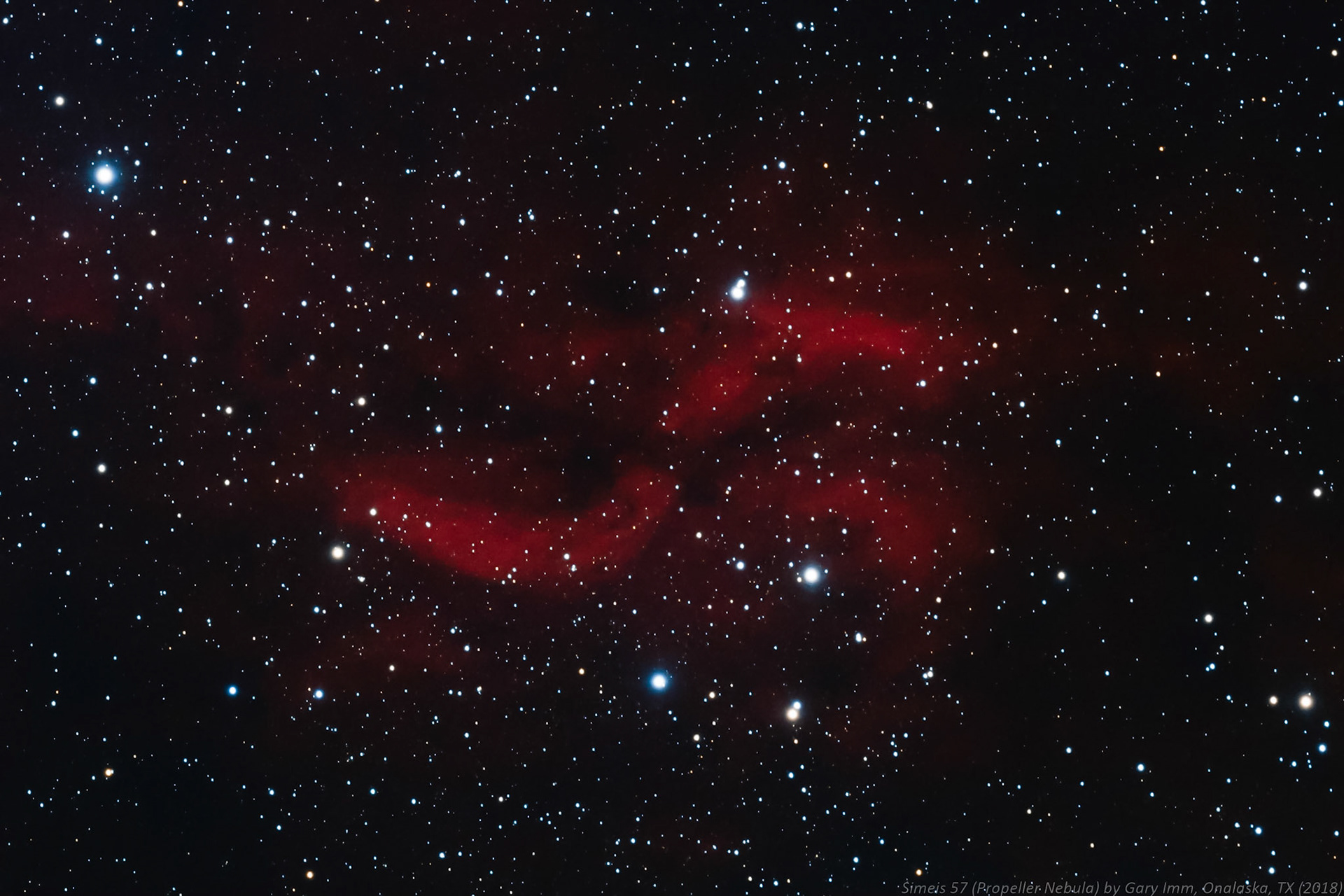 Simeis 57, the Propeller Nebula, is point symmetric but it is not clear how it was formed 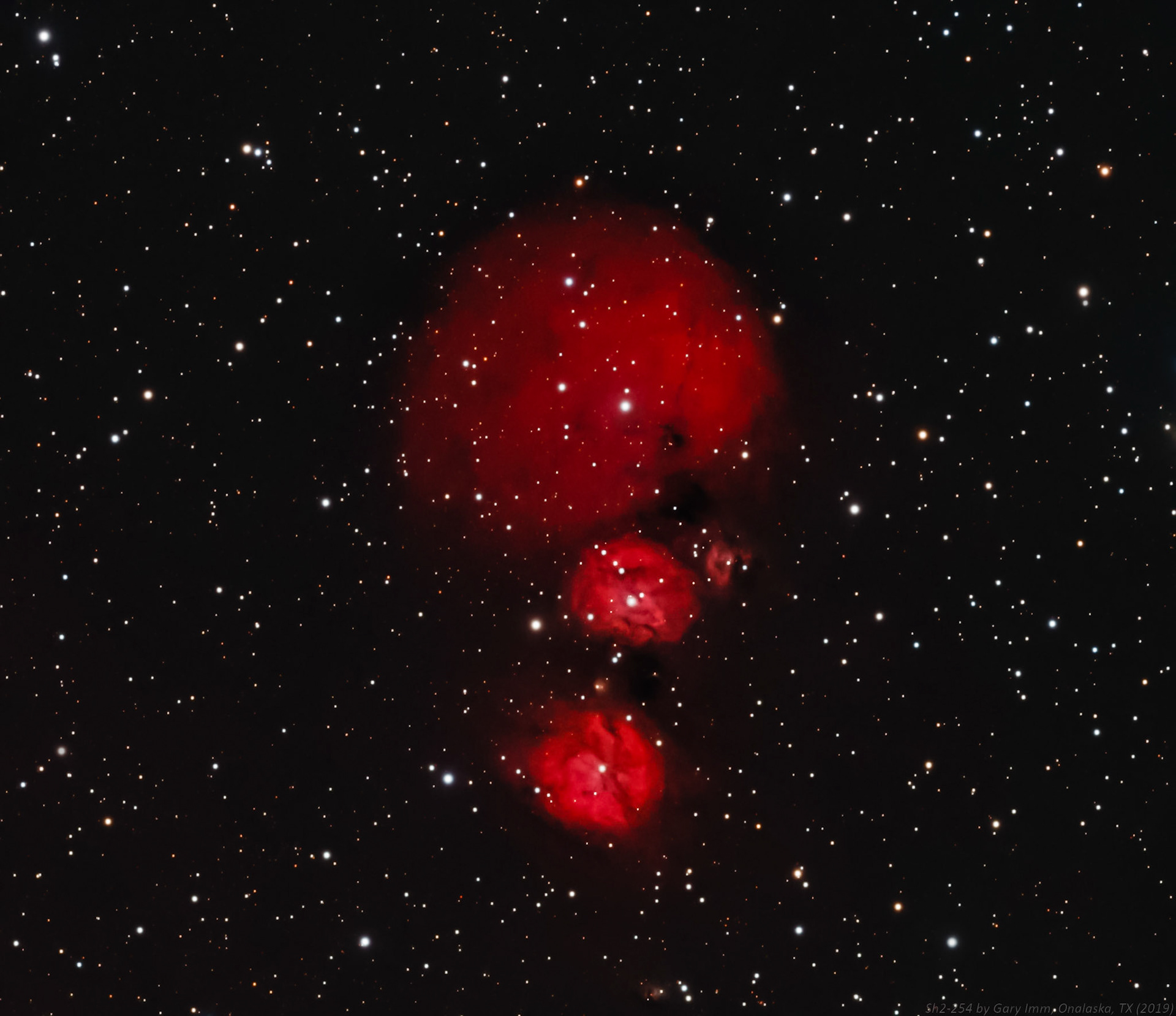 Sh2-254 is rarely imaged despite having a unique structure 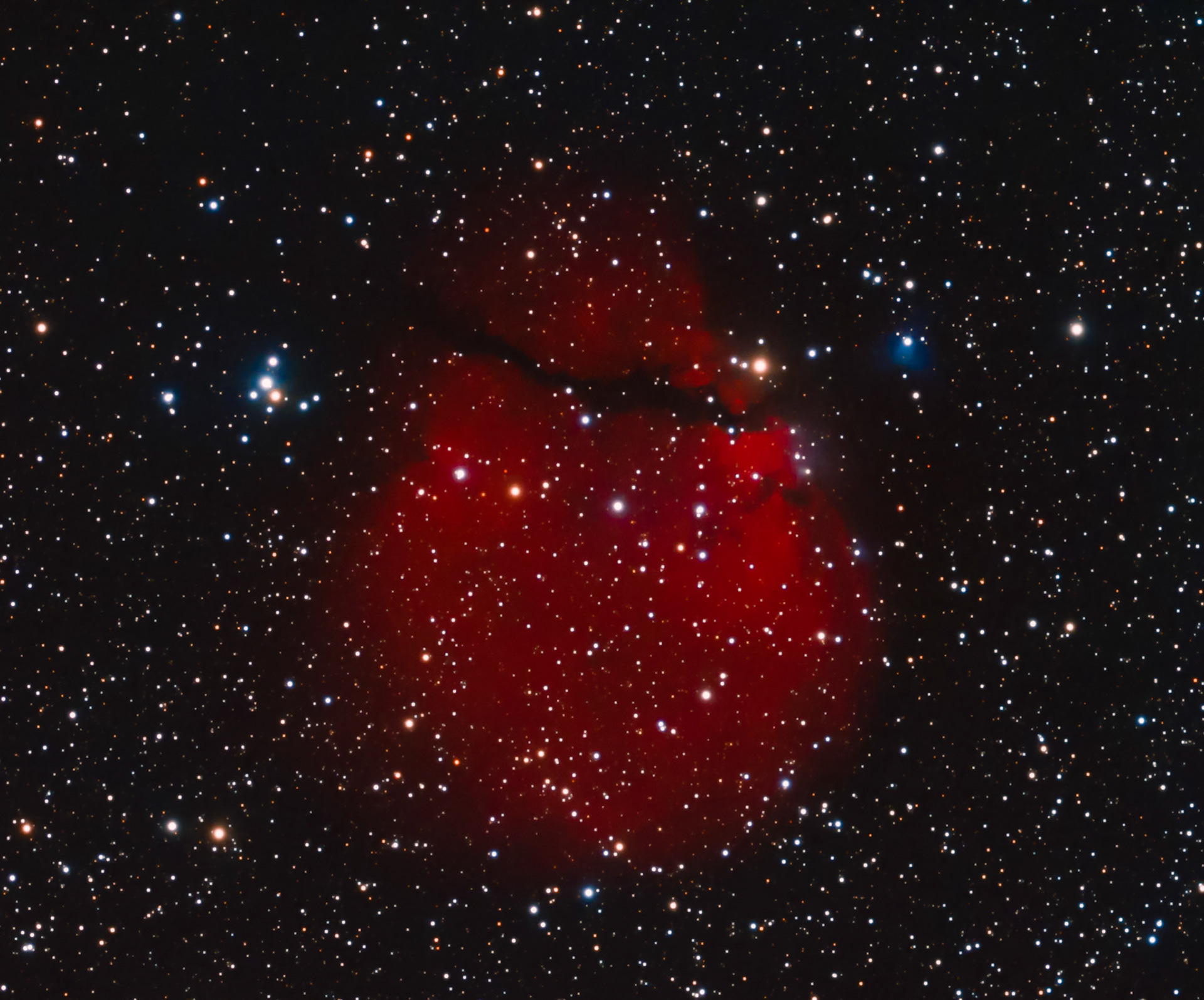 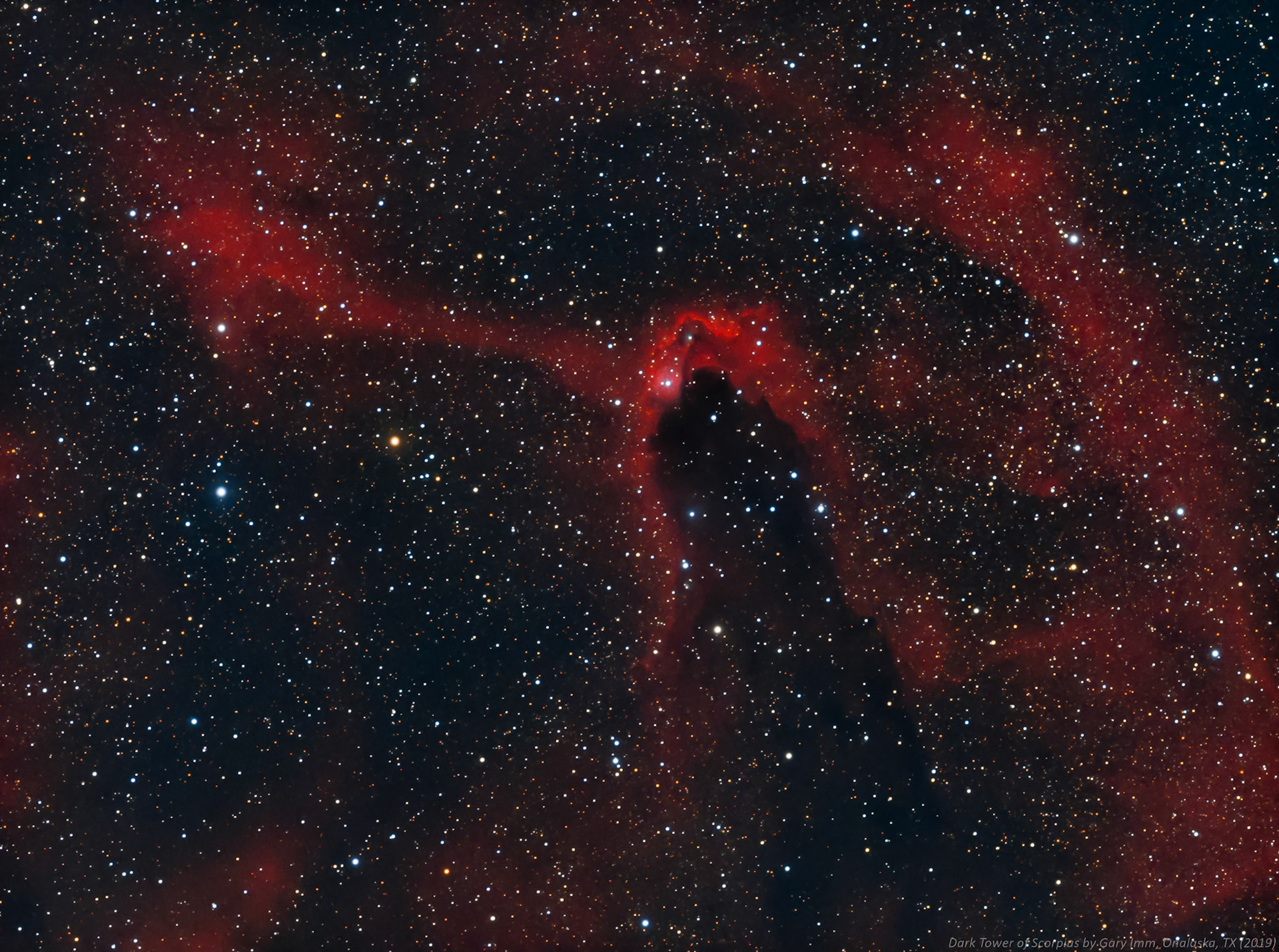 This feature is nicknamed the Dark Tower of Scorpius, sounding more sinister than it appears to be 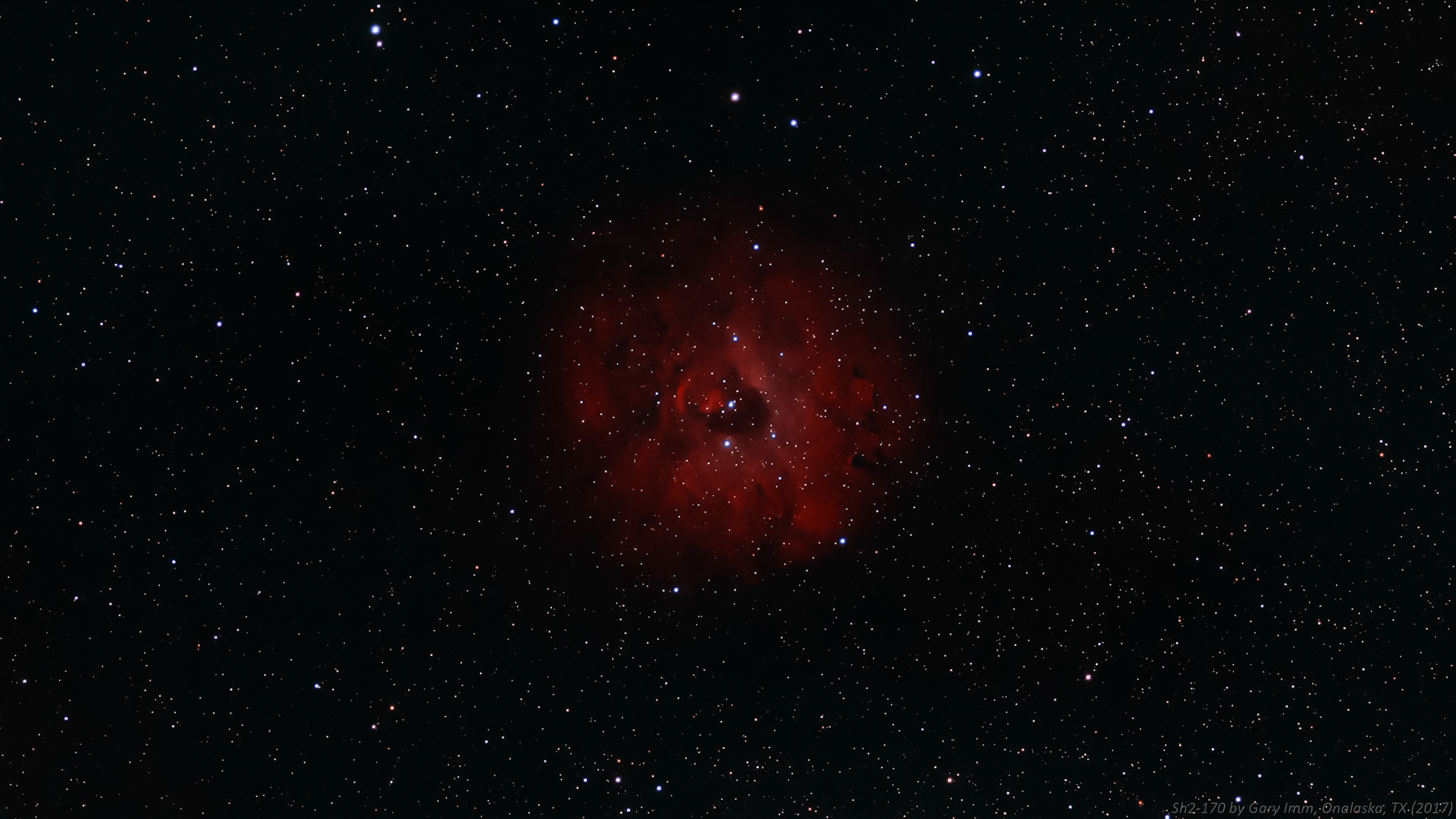 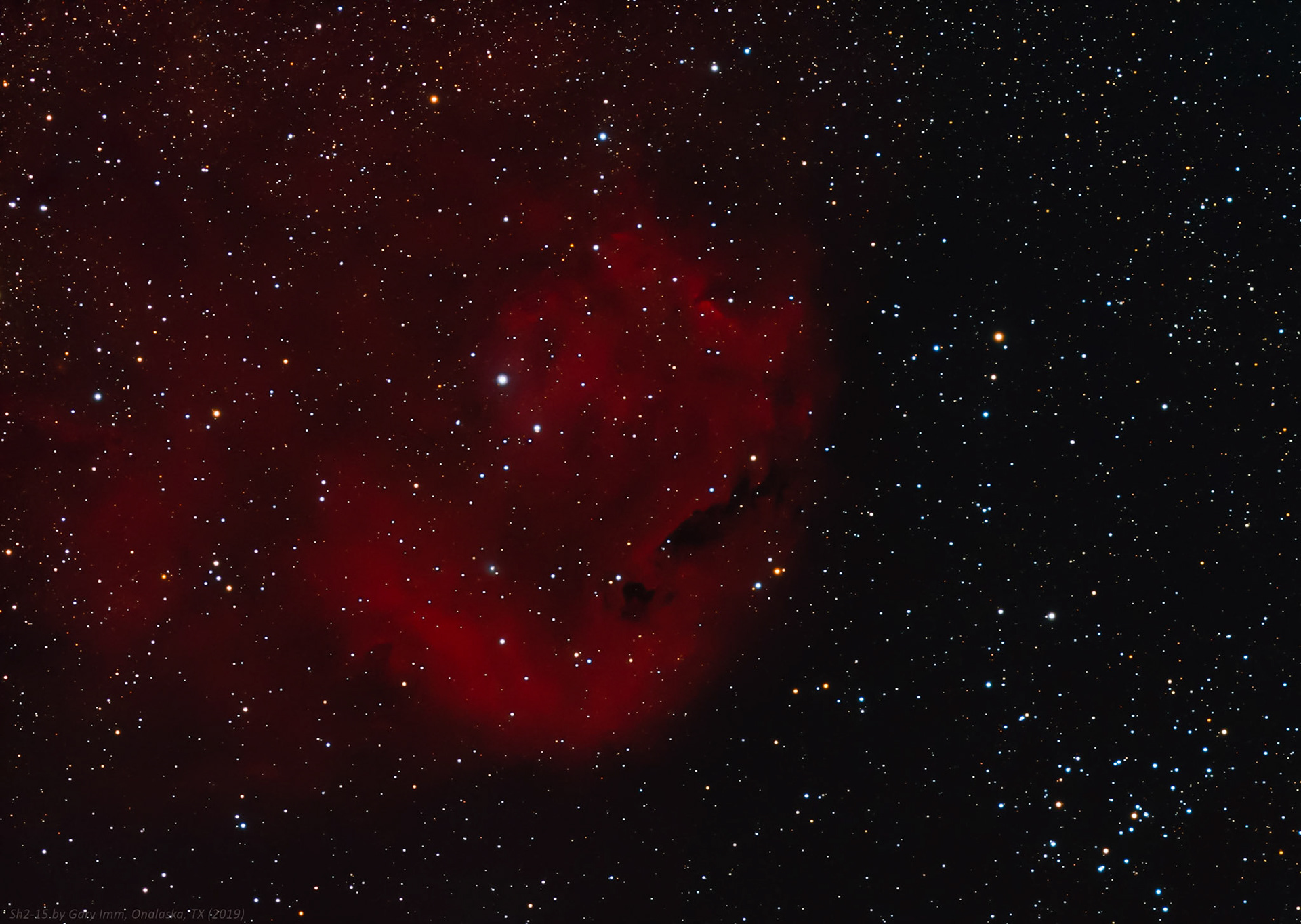 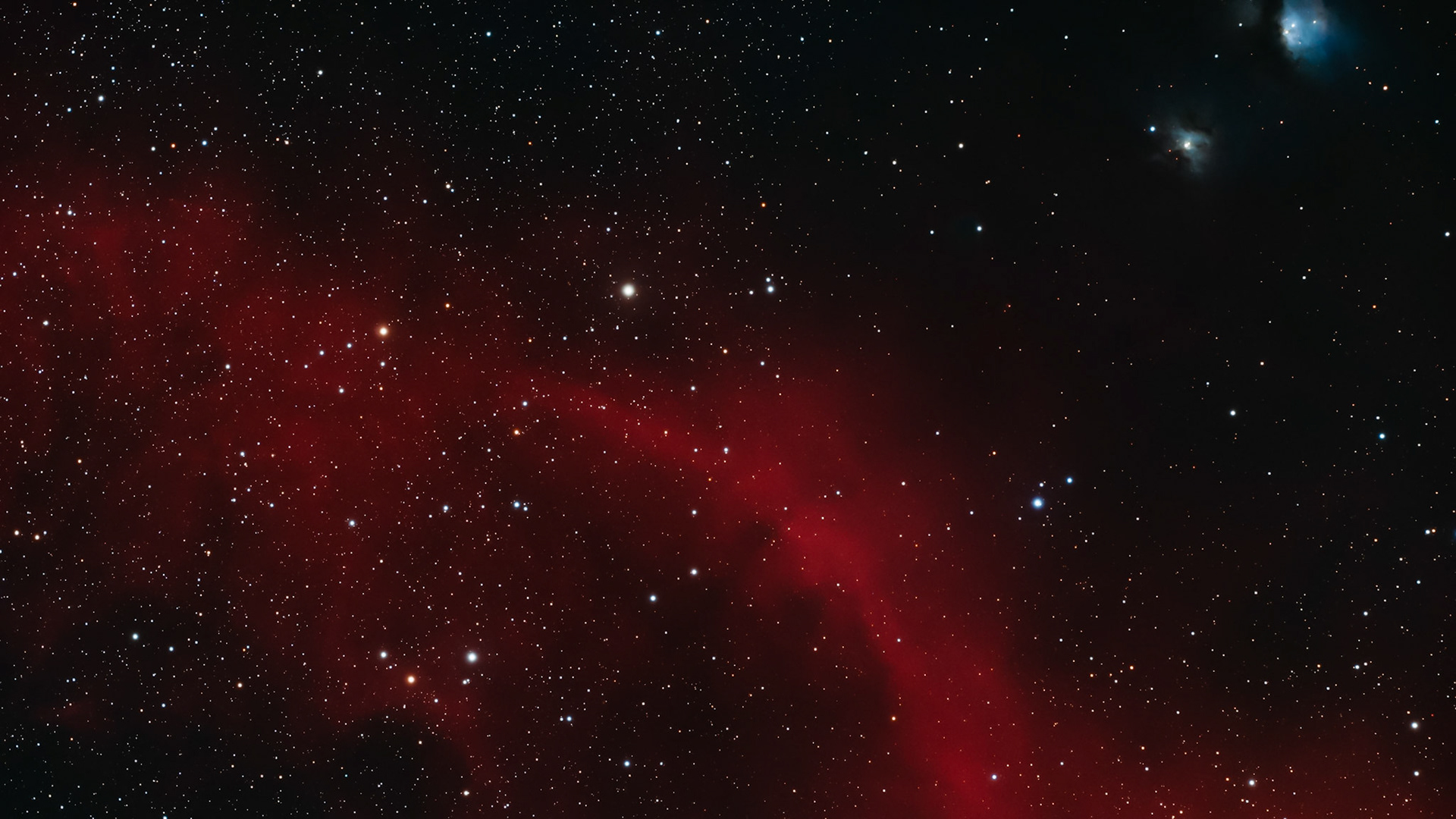 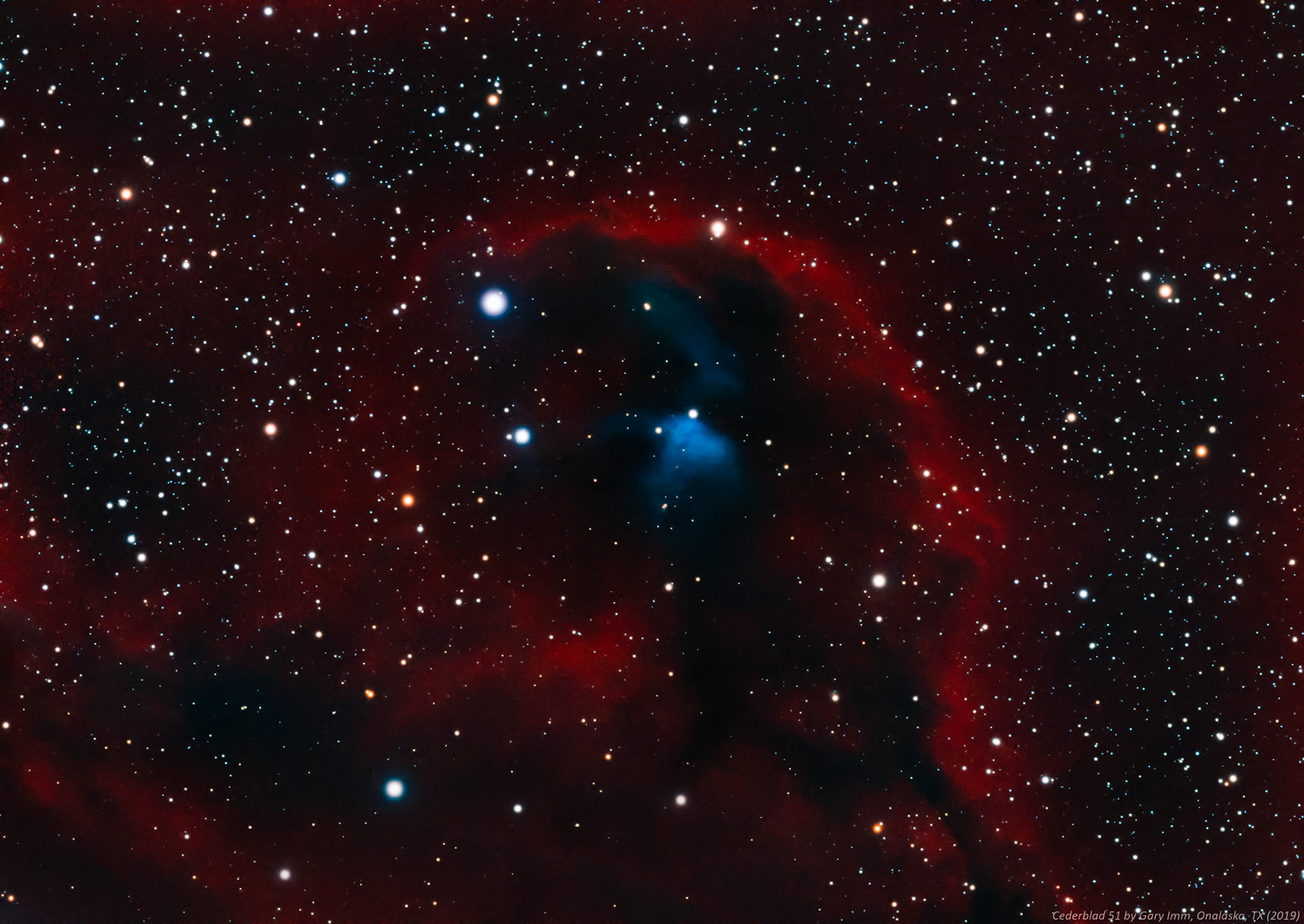